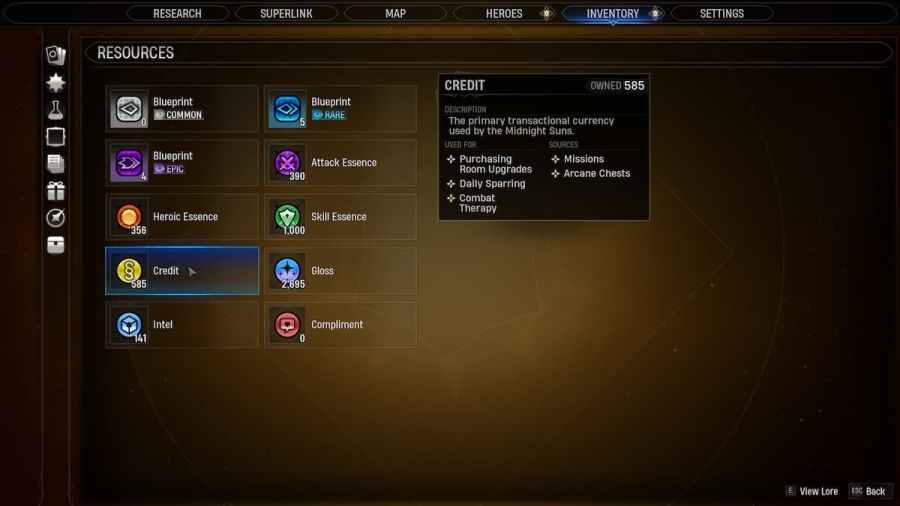 How to get Credits in Marvel's Midnight Suns?

Check the Mirror Table regularly for missions with Credits as the rewards. Missions rewarding Credits are rare and should be completed often. You will regularly need Credits to progress your heroes and the Abbey.

What are Credits used for in Marvel's Midnight Suns?

Credits could be considered your main upgrade currency. You will use credits in all upgrade-related activities, including abilities, heroes, Forge, the Yard, or central. Credits are used for:

How to get Credits in Marvel’s Midnight Suns