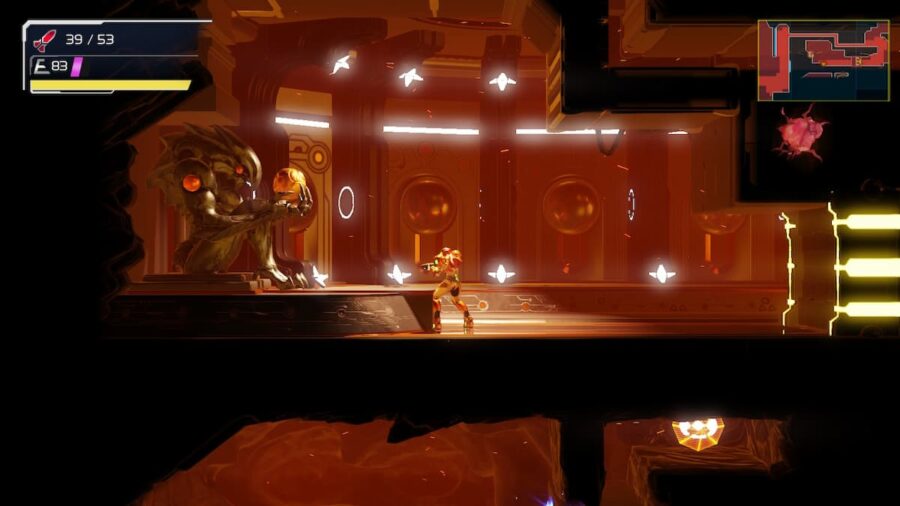 Metroid Dread contains many abilities and upgrades the player can find. These can be abilities that help Samus explore the various areas of ZDR or weapons and upgrades to her arm cannon. One such upgrade is the Diffusion Beam.

You can find the Diffusion Beam upgrade in Cataris after defeating Kraid. Once the giant reptile has sunk into the lava, head to the back of his chamber. You will need to use the Morph Ball and the Spider Magnet to get to the chamber with the Chozo Statue. Break the orb to unlock the Diffusion Beam.

Related: How to defeat Kraid in Metroid Dread

The Diffusion Beam is an upgrade to Samus' arm cannon, specifically her charged shots. With this upgrade, the charged shot can go through walls and platforms. This is useful for damaging enemies that you don't want to fight head-on. But its primary use will be to open pathways for Samus.

Your first opportunity is in the chamber you get the power-up. You will see exposed cracks behind the stone that you normally can't shoot. With the Diffusion Beam, Samus can now break these rocks by shooting through the stone. It also increases the damage that Samus' charged shot deals allowing you to kill enemies quicker.