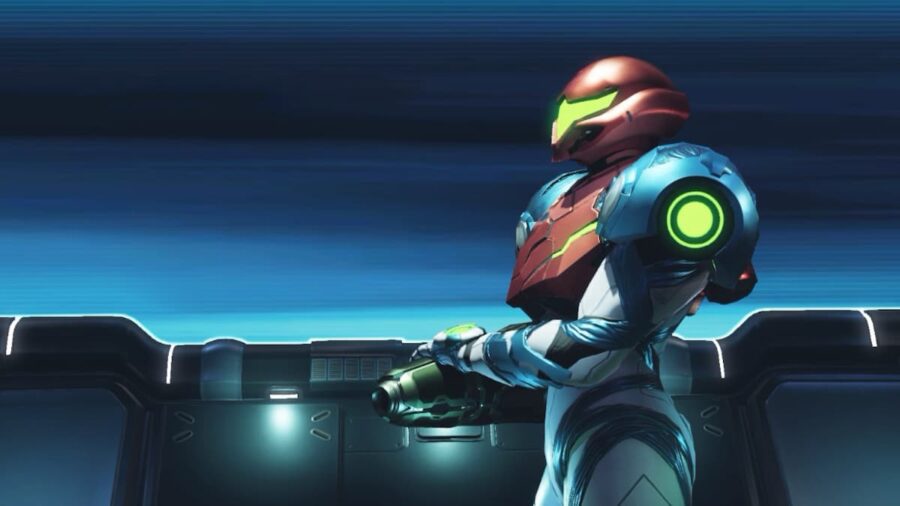 Throughout Metroid, Dread Samus will learn multiple abilities that allow her to progress through ZDR's environments and defeat the numerous enemies she will encounter. Unlocking these abilities expands Samus' movement, and one of these is the Speed Booster.

Related: How to Expand Samus’ Map in Metroid Dread

To use the Speed Booster, press in on the left stick while running. After a few seconds Samus will get a boost of speed. This allows her to break through Speed Blocks and damage enemies in her path. She will carry her speed and momentum into other rooms. You can also jump out of Speed Booster to break blocks.

Speed Booster has a secondary ability called Shinespark. This ability allows Samus to propel herself in the desired direction at great speed. This is useful for breaking Speed Blocks at awkward angles. To use the Shinespark, you will need precise timing.

As you are running and activating the Speed Booster, move the left stick down right as Samus flashes blue. She will turn purple and hold the charge for the Shinespark for a few seconds. When you are ready to use it, press and hold B and then hold the left stick in the direction, you wish to go. After a few seconds, Samus will launch herself in that direction.