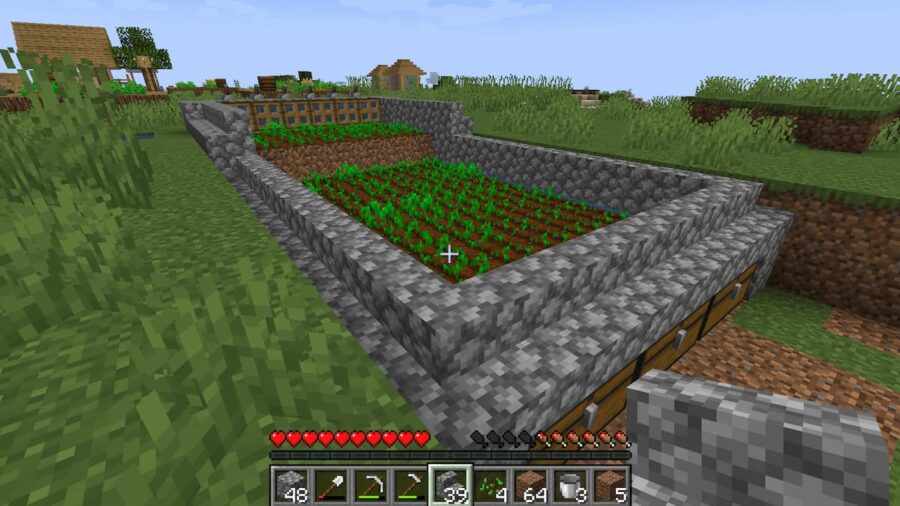 Creating farms in Minecraft to efficiently harvest crops, materials, and blocks of all varieties is an essential part of the late game. With good farms, you can concentrate on creating megaprojects and doing all the really fun things in Minecraft instead of farming. But which farms are the best?

Wheat is one of the easiest early-game foodstuffs to farm in Minecraft. And luckily, it's also one of the simplest to cultivate and make that farm into an automatic harvester.

This farm works by using the flow of water to harvest the fully ripened wheat and push it into hoppers and chests. It can be activated with a simple pull of a lever but has to be re-planted manually. When you're more set up and ready to try more advanced projects, you can automate the planting as well using villagers and Redstone.

Another simple early-game farm, the sugarcane farm is perfect for gathering materials for paper. Using observers and knowing that sugarcane grows three blocks high, you can auto harvest it using pistons. Then, a hopper minecart below the sugarcane picks up the materials and deposits them on a chest below.

This farm has the advantage of never needing to be re-planted. It only breaks the top two levels of sugar cane, which regrows after a time. It's a simple farm but one that can give a high yield!

Once you've solved the iron problem in Minecraft, your game world is essentially post-scarcity. Iron is used in so many contraptions, so once you've constructed this Iron Golem-killing farm, you're ready for almost any build or challenge the game can throw at you.

The iron farm works on forcing villagers to spawn Iron Golems, so this farm is best constructed once you have a reliable source of villagers in a safe place.

Mobs aren't something you'd usually expect to farm, but knowing they only spawn under dark conditions makes mob farms a fantastic idea. On top of just equipment from the mob farmer, you can gather experience by killing the mobs, making it essential for enchanting.

The best mob farms are built far out to sea, and high in the air. This is because it prevents mobs in the area from spawning outside of your spawner, giving you the maximum amount of spawns!

Gold farms are Nether-based farms that use the fact that Zombie Piglins drop gold. They're essentially very similar to Mob farms but use aggro and trap doors rather than darkness to spawn more Piglins.

This mob can often be dangerous to set up due to needing to be in the Nether. So it's best to only attempt this when you're ready to tackle all the challenges the Nether gives.

The farms on this list have more in-depth guides available on Pro Game Guides. Check out How to create a Minecraft Mob Farm next!

How to play Minecraft 2b2t – Server IP, version, and more