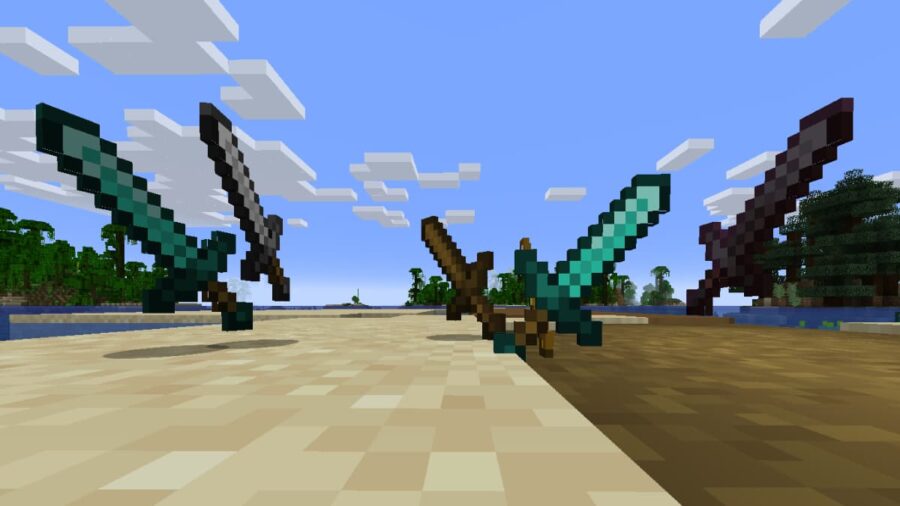 Here we will explain what are the best sword enchantments in Minecraft and which ones you should use more than others.

Smite is an extremely useful enchantment for fighting the undead mobs in the game. The reason is why is that the enchantment gives a huge damage boost depending on the level of enchantment. You will also end up fighting a ton of zombies and other undead at some point in the game.

Because of that, we recommend Smite as a go-to enchantment that should always be on your sword, as undead are some of the most common mob types in the game.

Bane of Arthropods also has a similar effect, but instead of a boost to undead, you gain an increase in damage to the following creatures.

Overall, beyond the spiders, the enchantment is not that very useful in the long run, and if you have the chance, we would recommend going with smite over it.

This next enchantment, Sharpness, is a highly useful enchantment and one of the best for the simple reason that it will increase the total melee damage of your weapon.

The damage boost also increases depending on level, with the highest being a level five enchantment boost. You can also boost your damage output by adding fire aspect, which adds fire damage to your sword.

Knockback is another excellent enchantment for the simple reason that it increases the knockback effect when you hit enemies with a sword to about three blocks away. Overall, a practical enchantment gives you an edge when overwhelmed by mobs or during PVP with other players.

If you want to gather more items when slaying mobs, looting is your best enchantment and should always be placed on your sword for this reason. The bonus drops you get from looting will also increase depending on the level of enchantment placed on the sword.