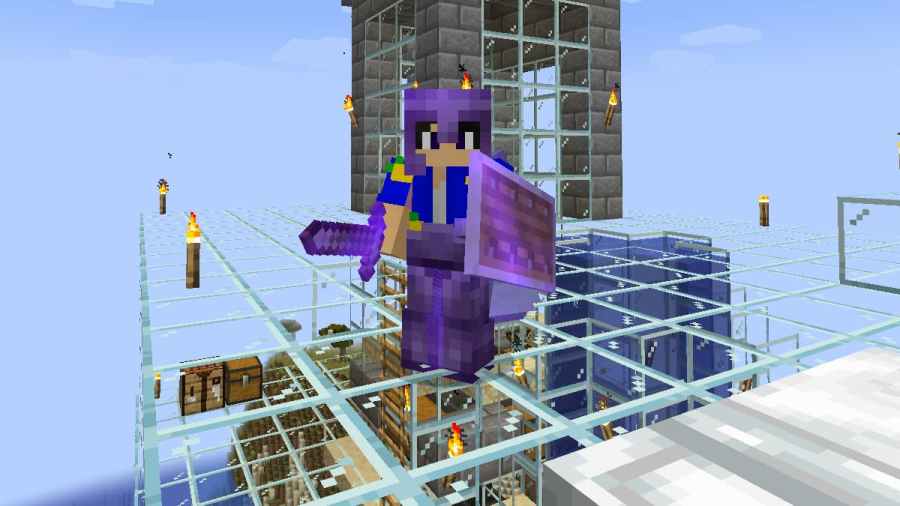 Our Minecraft Best Enchantments Guide features all the top options for enchanting your Armor, Crossbow, Sword, Pickaxe, Bow, Axe, Shovel, Elytra, Fishing Pole, and even your Trident! If you're looking to get the most out of your enchantments in Minecraft, then we've got all the information you'll need.

What are the best enchantments in Minecraft?

Minecraft has dozens of enchantments for all the equipment in Minecraft, so it can be difficult to know exactly which one is best. Worse still, enchantments are more or less random, and you'll have to carefully use Enchantment Tables, Grinding Wheels, and Anvils to get the very best for your item. Here are the best Minecraft enchantments you can get.

These enchantments apply to all tools, weapons, and armor. For this reason, and since they are massively convenient when applied, we have marked them as the best overall enchantments in the game.

These armor enchantments are perfect on any pieces of armor you have:

Using the right helmet can be exceptionally convenient if you frequently find yourself in water. Minecraft version 1.17 added Wet Caves to the game, which are caves filled with water. That makes the enchantments listed below far more useful! They don't serve a lot of purpose outside of that, so if you can't get any of the enchantments below, we strongly recommend enchanting your helmet with the enchantments listed in the All Armor section above.

It's best to put utility enchantments on Boots to protect you from environmental effects or even help you walk on water!

Axes are sometimes a forgotten weapon in Minecraft because of their additional use as a tool. However, in the Java edition of the game, axes do much more damage than swords but with a slower attack speed. They also have a few unique effects with enchantments when used as a weapon.

Related: Why is Minecraft Realms not saving?

As of now, there are no enchantments that are applicable only to Elytra. Curse of Vanishing and Curse of Binding can be applied, but they provide nothing that is directly beneficial to the player using them. We recommend using Mending or Unbreakable III on Elytra to decrease the amount of resources required to keep it maintained.

There are several enchantments that players cannot combine on the same piece of equipment because they are conflicting. The workaround to combine them requires using /give command or editing playerdata.nbt using an NBT editor.

How to stack Enchantments in Minecraft

These enchantments are essential if you want to go into the Nether, especially if you're expecting a fight!