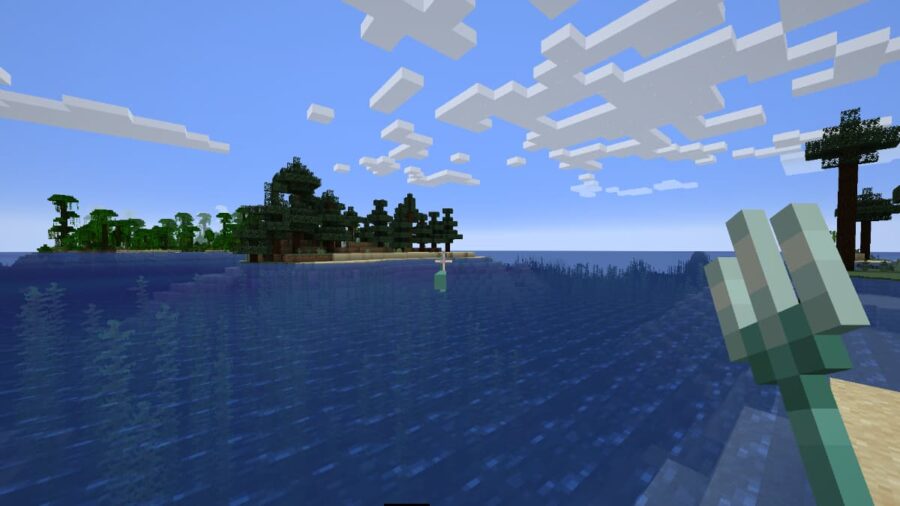 If you want to know what are the best enchantments for tridents in Minecraft, we recommend the following enchantments in the game.

To start, if you want an excellent and possibly best enchantment for the trident, try one of the enchantments above, like Impaling, Riptide, and Loyalty. These enchantments we feel are the best out of the ones players can place on their tridents that are the most useful - but what do these enchantments even do?

Starting with Riptide, it is an enchantment that allows you to use it as basically a means of transportation.

In short, if you throw the trident with this enchantment on it, you'll also go with it, so ultimately can make the trident a tool to get to places faster. However, if you enchant your trident with Riptide, you will not be able to use either Channeling or Loyalty. Because of that, you may want to enchant one separate trident just with Riptide and another with the other enchantments.

Moving on, the other enchantment, Impaling, is a unique enchantment that, when placed, will cause the trident to deal extra damage to aquatic creatures, thus making it a useful weapon for those types of monsters. Overall, we recommend it if you plan on spending a lot of time where hostile aquatic monsters hang out.

For the last enchantments, we have mending and unbreaking. These enchantments are not unique to the trident and can be placed on most items in the game.

In short, the player can place mending to repair their item with experience orbs, and unbreaking can be placed to increase an item's total durability. That being said, both enchantments are useful in their respective fields, so you can't really go wrong with either one, and we recommend trying one or the other out on your trident.

How to make a Fire Charge in Minecraft?

How to make Charcoal in Minecraft?

What does Bane of Arthropods do in Minecraft?