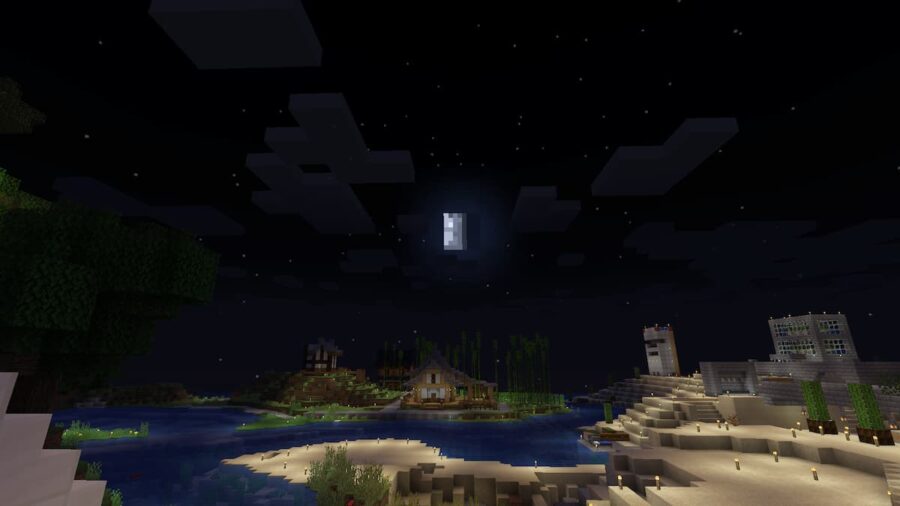 The Moon in Minecraft is a constant presence. Rising in the night to signify the end of a day, the Minecraft Moon goes through stages (or phases) just like the real one. But what you may not know is that these phases affect things in-game in a significant way.

The Moon has eight phases in Minecraft. These are as follows:

Depending on the phase of the Moon, certain systems in the game will be affected, including mob spawn rates and difficulty. The Moon moves phases once every full day. So if you had a Full Moon on one night, it would be a Waning Gibbous the next night. A complete lunar cycle in Minecraft takes eight days.

The internal difficulty of the game increases depending on the phase of the Moon.

The difficulty, which has a hidden number value, will increase by the amount listed above. This affects how much damage mobs do, whether they spawn with items and armor, and how much starvation and explosion affect your health.

Zombies can more easily break through doors on a higher difficulty, Villagers are more likely to become Zombie Villagers after dying to Zombies, and Zombified Piglins spawn more near Nether portals. Skeletons and Strays are more accurate, Phantoms spawn in larger numbers, and poisons last longer. Lightning also causes more fires, and slimes in both Slime Chunks and Swamps will spawn more and be larger.

The larger/fuller the Moon, the more Skeletons and Zombies are likely to pick up dropped items. Additionally, they’ll spawn with more enchantments on their armor. In Hard mode, it’s more likely that spiders will spawn with status effects, like Invisibility. And finally, during a Full Moon, 50% of all cats that spawn will be black. So if you want a black cat, wait for a full moon!

Another mob that's heavily effected by the moon are Slimes. Check out How to get Slimeballs in Minecraft on Pro Game Guides for more info!