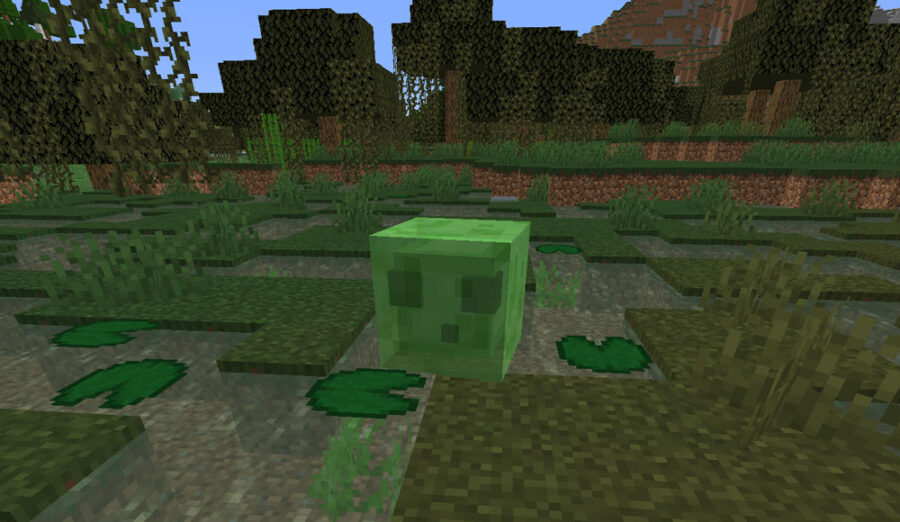 Slimeballs are quite useful for crafting in the game, unfortunately they are quite hard to come by if your world doesn't have the right biomes available to you.  We will tell you what you need to know about slimeballs in this guide!

How to make Slimeballs

You can't make a slimeball in Minecraft. There's no way to craft one in the game at the moment, you would have to use a mod to grant you this ability.

Why do I need Slimeballs?

The main use for a slimeball is to craft a Lead, Magma Cream, Slime Block, or Sticky Piston. The for the last two is a bit more rare, but the first two can be quite useful! Leads are important for guiding animals around, and Magma Cream is used in some important potion recipes.

How to find Slimeballs

To get slimeballs in Minecraft, you can either kill Slimes in swamp biomes, which is difficult if you don't have a swamp nearby. You can get them from sneezing Baby Pandas, which is also hard because they only appear in bamboo jungles. Finally, you can purchase them from a Wandering Trader, which is just luck if he has them or not.

Slimes are pretty much a rare spawn that can only be found in two different areas. You can find them spawning at night in swamp biomes. This a somewhat rare biome that has shallow waters, creepy plants, and witch huts. If you head to an area like this at night then you should hopefully encounter a Slime spawn. They have an even greater chance of spawning on nights with a full moon, so be sure to take advantage of that.

Slimes can also spawn in something called Slime Chunks. A chunk is a 16x16 section of a Minecraft map area, and is how the world is generated into manageable pieces. They can only spawn below layer 40, and the these Slime Chunks only occur in 1/10 of all chunks. If you're willing to start a new world, we've got a post with a bunch of great seeds! Some of them have swamp biomes available, so be sure to check it out.

Well, this is a weird way to get slimeballs, but it's an option available to you! When a Baby Panda sneezes, it can rarely drop a slimeball. Pandas only spawn in bamboo jungle biomes, which are pretty rare to find. Jungle biomes themselves can be a bit difficult to locate, and bamboo jungle is a rare off-shoot off of one of them! So, if you happen to have a bamboo jungle biome in your world, then you have a chance to find pandas and hope a baby one sneezes up some slime. Unfortunately, to make this even more difficult, baby pandas have a pretty low spawn rate, so don't expect to see them very frequently!

Our 1.16 Minecraft Seeds post also has some worlds that have bamboo jungle biomes that you can explore!

Another way to get slimeballs is through the Wandering Trader. He is a random spawn that sometimes occurs in your game. You will recognize him by the two trader llamas he has leashed up and his blue robe. You can interact with him and he will have a set of five random items that he will sell you. If you're lucky, he will have slimeballs available for sale for 3 emeralds each!

If you are trying to get slimeballs for a leash, then you can use the Wandering Trader for this purpose as well. If you kill the wandering trader, he will drop two leads that you can pickup. You can also separate him from his llamas and they leads should break, or you can just kill the llamas and they will also drop!

How to make an American Flag Banner in Minecraft

How to tame a Rabbit in Minecraft