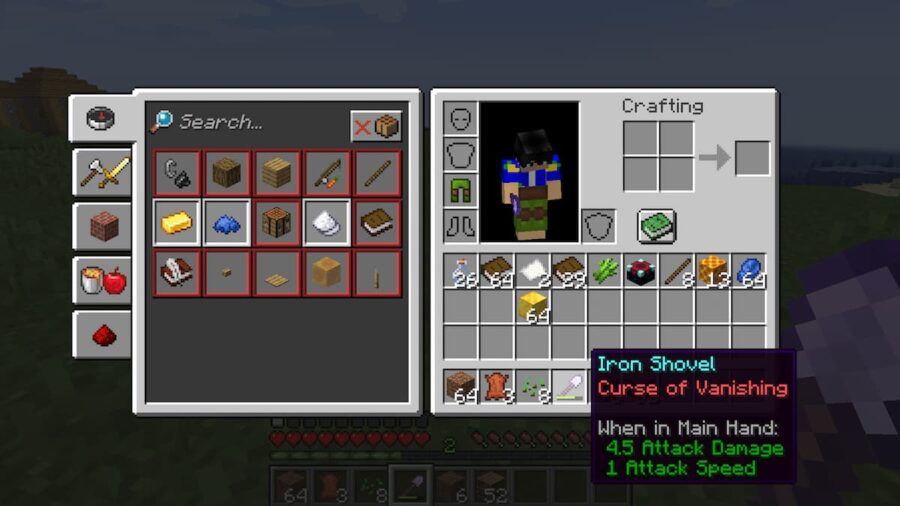 The Curse of Vanishing can be one of the most annoying enchantments in Minecraft. When applied to an item, the enchanted item will disappear when dropped after a player dies. This means the item is gone forever. It can be incredibly frustrating if this is a powerful or rare item, so naturally you’d want to remove this curse!

Unfortunately, only a few items in the game can have the Curse of Vanishing removed. These are Pumpkin Heads and Mob Heads. Placing a head and then breaking it removes the curse.

All other items will have Curse of Vanishing permanently. It cannot be removed using a grindstone or crafting table unlike other enchantments. Curses really are curses in Minecraft!

The only way around the Curse of Vanishing is by setting the keepInventory gamerule to True using console commands. However, unless you have cheats enabled on the world, this might not be an option. Again, this won’t remove the curse of vanishing, it will only cause it to not affect players. The curse will still remain if anyone changes the gamerule again.

Alternatively, to protect items with the Curse of Vanishing from disappearing upon death, store them in a Shulker Box. When you die, the shulker box won’t disappear, saving the item from its curse.

Enchantments aren't all bad. Why not check out How to make an enchanting room in Minecraft on Pro Game Guides.

Where to find Dripstone Caves in Minecraft 1.18 Caves & Cliffs Part 2