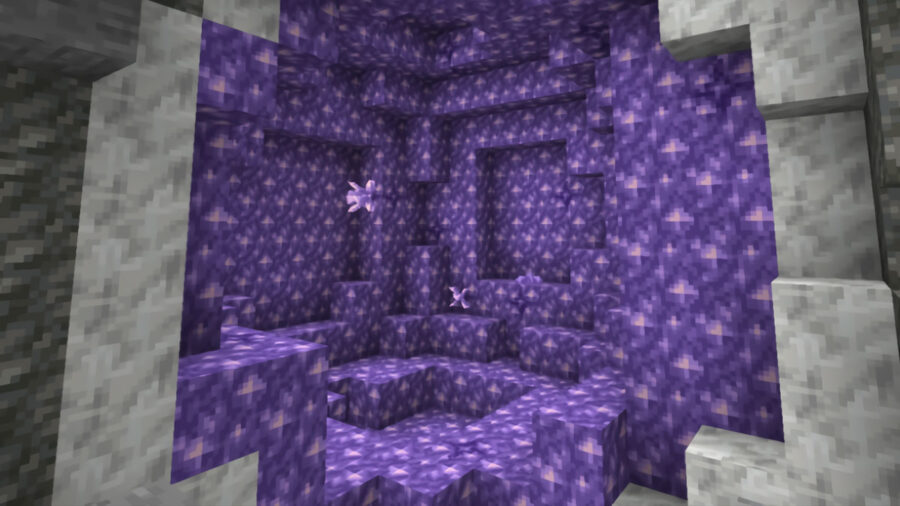 If you are eagerly awaiting the release of the Minecraft Caves and Cliffs update then you can get a taste of it in the new 20w45a snapshot that has just been released! While this only adds a small bit of what is expected in the major 1.17 patch, it is still enough to give you a look at what is to be expected. There's quite a few things to test and play with, so if you have the Java version of the game, make sure to give it an install so you can experience what's to come!

While there isn't much in the way of changes to biomes, there are some of the new resources that were announced at Minecraft Live. You can create and find bundles, candles, lava cauldrons, copper, amethyst, lightning rods, spyglass, and even tinted glass! This opens up quite a bit of new design stuff to work with, so if you lean more creative with your worlds, it might be worth starting up a new game and experimenting with some of the new additions.

The big one is copper, especially because it has so many different things that can be made with it. Copper is so interesting because it will gain a green-ish color overtime, which makes it a dynamic piece of building material that you can experiment with. There's the standard copper and then various weathered versions of it. You can also get "waxed" versions of copper, that aren't as green as the fully weathered versions of it. 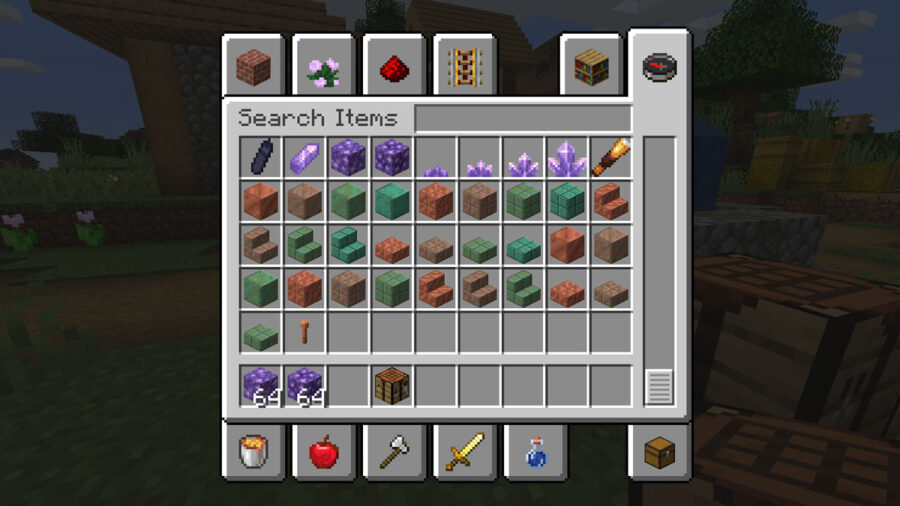 If you do end up finding some copper, you can also craft the Lightning Rod! This gives you something that you can place on the roof of your wooden home, which will then protect it from lightning strikes and the fire that it might make to your poor abode.

Amethyst has also been added which can be found from Amethyst Clusters that can be located underground in the Overworld. You can mine these, and they will drop four amethyst shards. The shards can be used to created Tinted Glass, which is a darker version of the standard glass you are used to. It also does not allow any light to pass through it. You can also use it to create the Spyglass, which will allow you to get a closer look at things that are far away!

Bundles are another addition that can be explored. They are an item that is meant to hold other items. You can put a stack of many different things inside of them, which will help clear up your inventory and make giving away a group of items much easier.

Candles can be crafted now, and are made out of honeycomb and string. You can place up to four candles in a single location, and you can light them with a Flint and Steel!

There's a whole lot of other stuff added to the game in this update, which you can find in Minecraft's official post about it.

What Does the Hero of the Village Effect Do in Minecraft