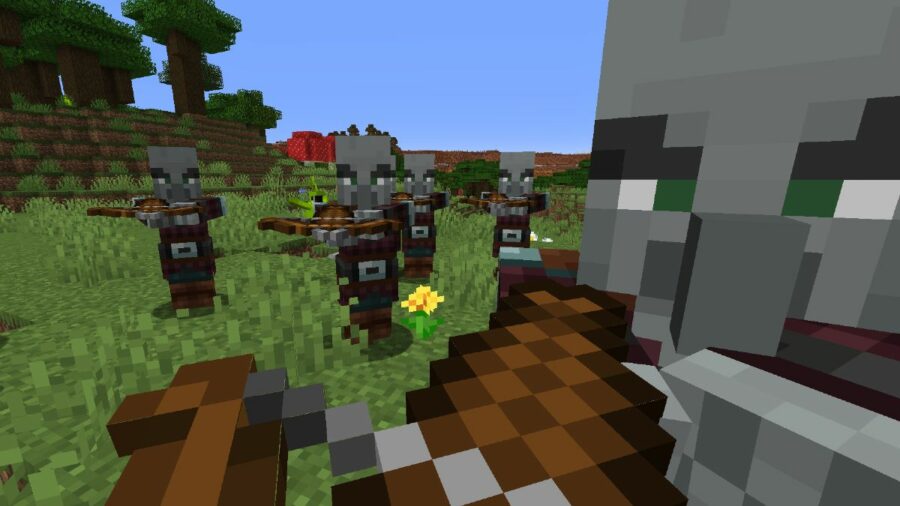 Bad Omen is a status effect that was added to Minecraft in update 1.14. This is one of the more complicated status effects, so many players struggle to understand exactly what it does. In the short guide below, we have provided a simple explanation for what it does and how to use it to your advantage.

The official Minecraft Wiki provides the most simple explanation: "a status effect that causes a raid to appear when an afflicted player enters a village." In this circumstance, a raid is an event that happens within a village that includes waves of mobs of increasing difficulty. The word village applies to only Villages occupied by Villagers, and not Zombie/Abandoned Villages.

Related: How Long Does it Take for Copper to Oxidize in Minecraft? - Pro Game Guides

The Bad Omen status effect is applied when a player or their tamed wolf slays an Outpost Captain or a Patrol Captain. These both can take effect regardless of the version of Minecraft that you play, but only the Java Version can have different tiers of the Bad Omen status effect when you slay a Patrol Captain. Bedrock Edition only has one tier of Bad Omen.

To trigger a Raid when you are afflicted with Bad Omen, simply walk into a Village (more specifically, within a short distance from a Bed being used by a Villager). The Raid event will trigger and the Villagers will move around erratically. It's up to you to save them!

Now that you know what Bad Omen does, it's time to defeat it and receive the Hero of the Village status effect!

How to get the music disc Otherside in Minecraft