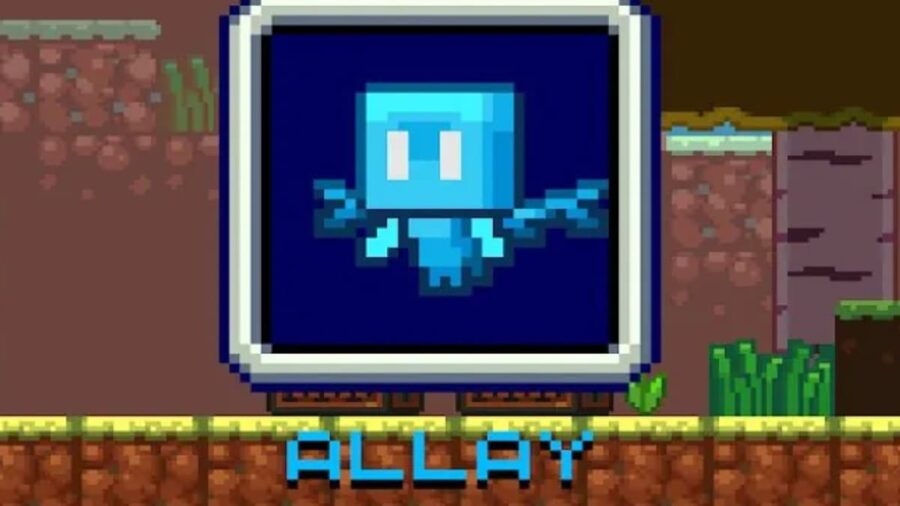 The Allay is an adorable, blue ghost-like creature with wings that loves music and will bring you more of any item given to it. The Allay is a friendly mob added in the Minecraft 1.19 Wild update after winning the Minecraft Live mob fan-vote.

What does the Allay do?

The Allay can be a very helpful and extremely cute mob that players can send out to gather items. If any item is given to an Allay, it will go search for a matching item to bring back. An Allay will follow you up to 64 blocks after given an item and will attempt to search for the same item up to 32 blocks away from you. If a Note Block is played near an Allay, it will spend about 30 seconds seeking items around the Note Block and returning them to the block.

Related: All New Biomes in Minecraft The Wild Update (1.19)

Allays have 20 HP, but are not targeted by most hostile mobs and cannot be hurt by their owner. If Allays are hurt, they will start moving rapidly in different directions for a short duration.

Where to find the Allay

The Allay mob is found around pillager outposts inside cages and also in woodland mansion jail cells. Both locations will spawn up to three Allays in each cage. When broken out of their cages, Allays will start to wander around until given an item. You can also equip a lead to an Allay to bring it to another location.

You can use a lead and a name tag on Allays, but they cannot breed or follow you like pets. However, if given an item, you can make the Allay follow you, then keep giving it an item when it returns it. A good idea to farm items is to place a Note Block near your farming location. The Allay will gather items and return them to the Note Block, making gathering a little bit quicker.

For more Minecraft guides, check out How to find the Ancient City in Minecraft 1.19 on Pro Game Guides.