Our Aquapark.io Guide will walk you through how-to get better at the game with some tips and tricks! We're also feature all of the information you'll need to know about the game, including what's going on with those coins you've been collecting?

Aquapark.io is a pretty simple game that has you hurdling down a humongous slide, and trying to beat out others before they cross the finish line. The key difference in this game, however, is that you can launch yourself from the slide and glide your way to deeper into the map. This is almost like you are cheating, but it's heavily encouraged for you to take this shortcut. It is not without risk, however, because if you miss the slide you'll end up losing the race completely!

You currently CANNOT get the glider in game. It was in the game previously, but they've removed the glider and replaced it with a skydiving type animation!

What is the Purpose of the Coins?

Coins finally have a use! You can purchase different skins with the coins:

Who are These Other Players?

While it might seem like you are playing against real players, they are actually NPCs. They are just computer generated bots that you go up against that you can bash off the slide and that will attempt to overtake you as you head towards the finish line. 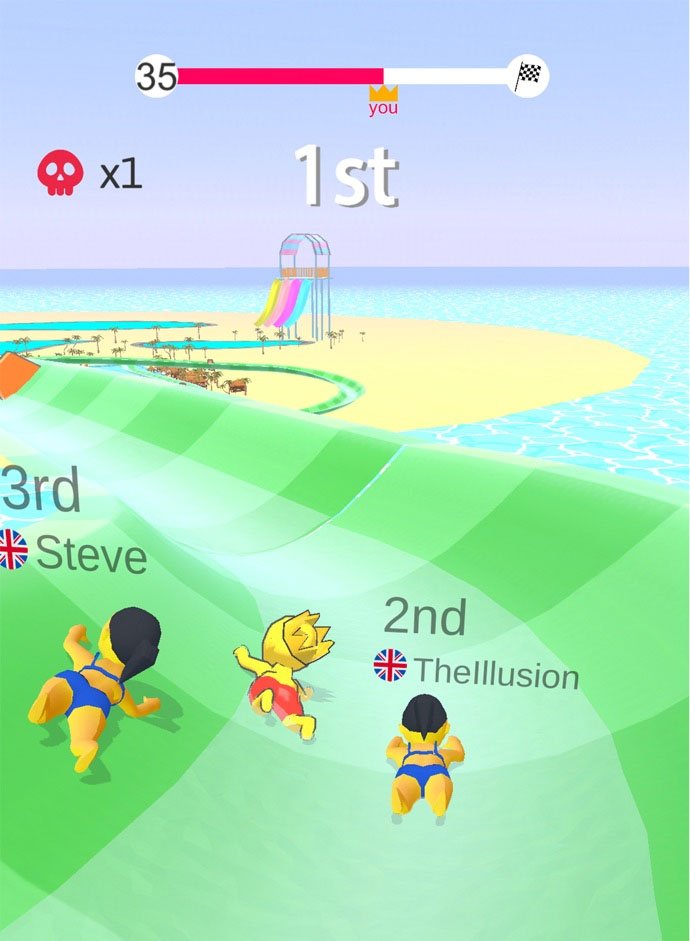