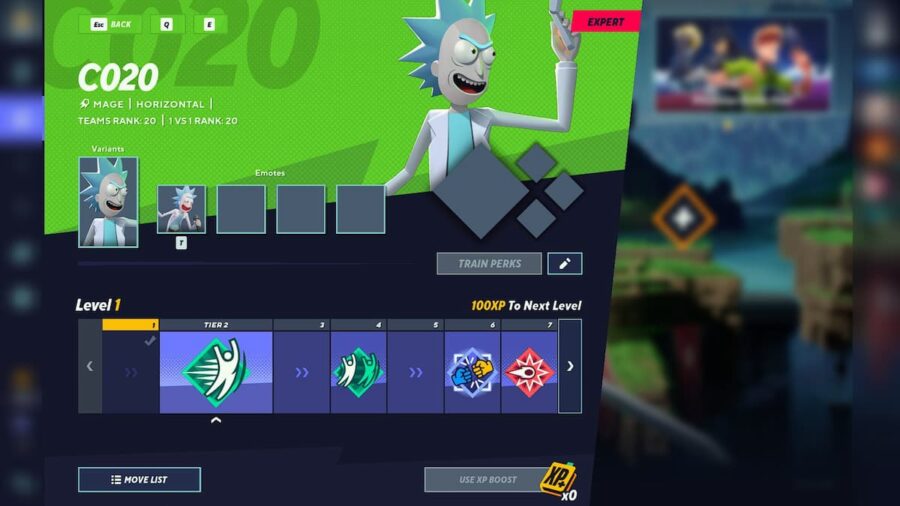 Thanks to recent leaks, fans get a look at gameplay for the upcoming character Rick, as well as the Rick and Morty stage Cromulons, in Warner Bros.' MultiVersus. If the leaks are correct, this is a great sneak peek at upcoming content.

This information comes from Twitter user IntheShade, who posted the leaked gameplay. Their tweet reads, "Rick and Morty (Cromulons 1v1) stage gameplay!" The user also posts other information about Rick, including perks, skins, and more. If this information is true, fans should be excited for Rick to join MultiVersus. That said, Player First Games could decide to make changes before release.

Related: MultiVersus Mature Language Setting – What does it do?

From the gameplay, Rick appears to have a portal ability that potentially allows him and his allies to travel through it and teleport across the map. One of his signature perks can reduce an ally's velocity and hitstun if they go through the portal, making it very handy when a teammate is in trouble.

The Cromulons stage is fairly small, featuring a central platform and two tall speakers on either side. This layout is similar to Treehouse, possibly implying that the speakers can be destroyed to make the stage completely flat. This may be the map's 1v1 version, and players could expect a different layout for doubles matches.