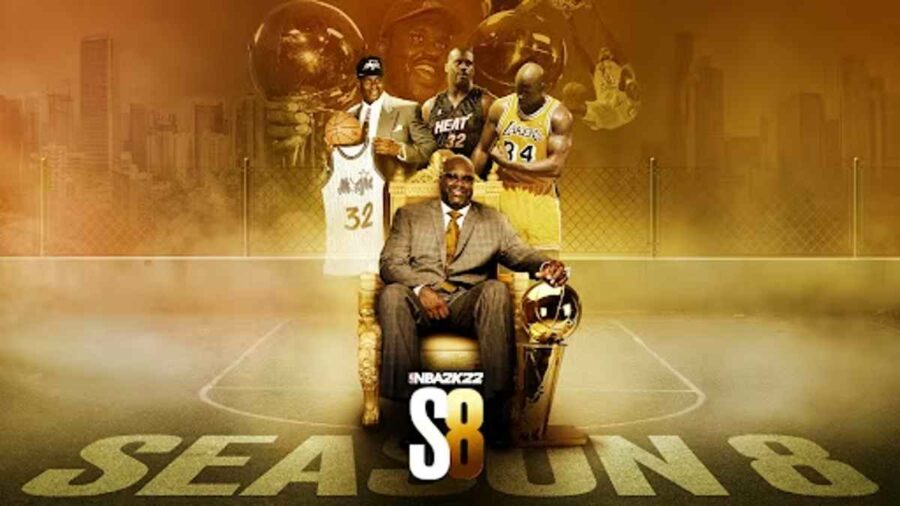 NBA 2K22: Season 8 has officially been announced. Season 8 releases on July 1, 2022 and features one of the most dominant bigmen ever, Shaquille O'Neal. Season 8 will introduce new MyCareer rewards, MyTeam cards, and MyTeam rewards.

Season 8 rewards in MyCareer fit the Championship theme as the Warriors secure the title in the NBA season. Players will be able to unlock a full gold outfit including goggles, jersey, long shorts, arm sleeves, hat, tee, and suit.

At level 30 you can grab the Slime skin for Go-Karts in both current-gen and next-gen versions. At level 40 you will unlock the Dash2K Shoes, which allow you to run around the neighborhood faster.

Season 8 adds to the End Game collection with more players boasting 99 attributes across the board. End Game Nikola Jokic, End Game James Harden, and End Game Chris Webber are all available in Season 8.

Season 8 will introduce new rewards for every MyTeam game mode including Triple Threat, Unlimited multiplayer, Drafts, and Clutch Time. Here are the Season 8 MyTeam rewards you can unlock:

For more NBA 2K22 guides, check out How to block shots in NBA 2K22 – Blocking tips and tricks on Pro Game Guides.