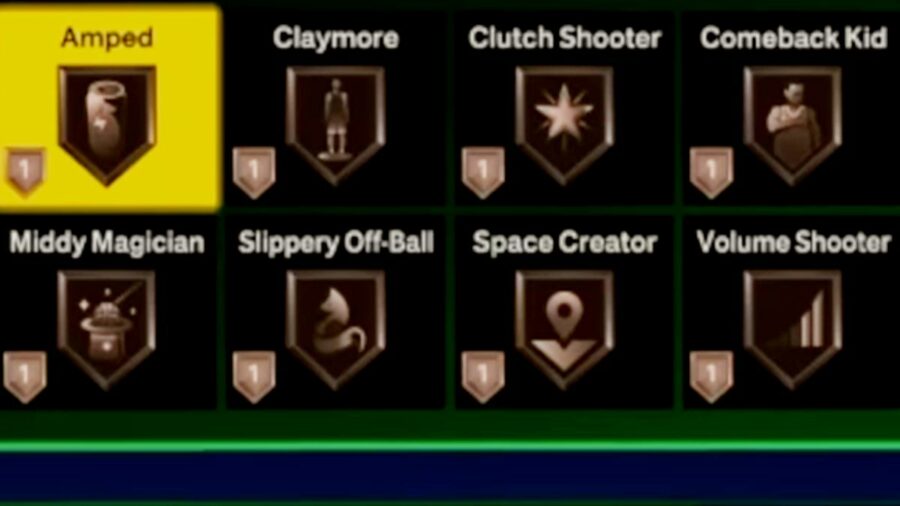 NBA 2K23 introduces several new badges while removing some old ones from NBA 2K22. The new badges have some interesting abilities, so you may see some new badge builds and different strategies used. Here are all the new badges in NBA 2K23 and what they do.

Some of the new badges just package two badges from the previous year together, and some expand what previous badges could do. However, there are a few new, possibly game-changing badges that many players will probably take in MyPlayer.

The Guard Up, Comeback Kid, and Amped shooting badges are very helpful in many situations on offense. The finishing badges are essentially all repackaged ones from last year, but Masher and Bully will be must-takes for bigs. Clamp-Breaker will be a great counter to Clamps and Menace, but players will most likely stop taking both of those because of Clamp-Breaker. The playmaking badges did not change much, but Vice Grip may be important if stealing soon after gaining possession is easier.

For more NBA 2K23 guides, check out Is the NBA 2K23 Michael Jordan Edition worth it? on Pro Game Guides.