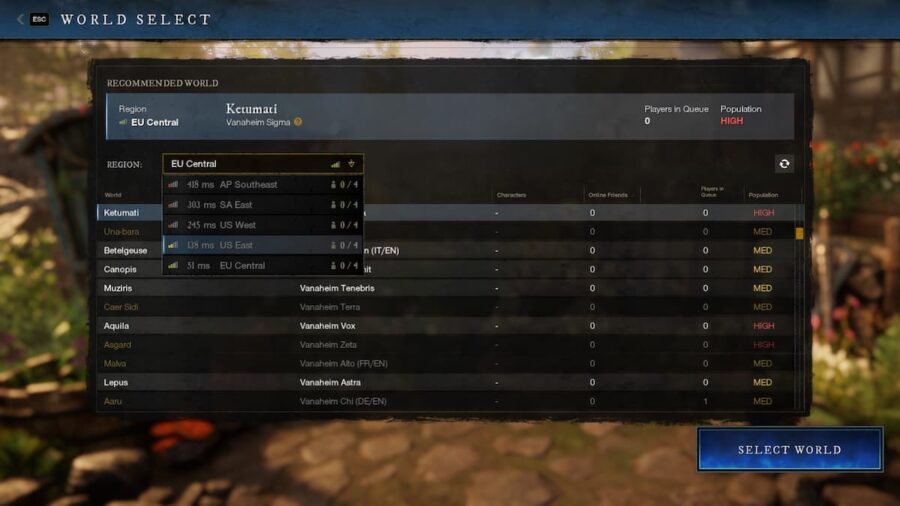 New World’s hugely successful launch saw servers grind to a halt as players flocked to the game. Servers were filled, and long queues spiralled for hours. Several weeks out from the launch, and players are considering server transfers, particularly across regions.

In the rush of the initial launch, many players joined servers and regions away from their friends, just to play the game as soon as possible. This has left some players stranded. As a result, players have been pining for cross-region transfers. As of October 9th, however, Amazon Games has stated that cross-region transfers will not happen in New World.

Related: How to get a Free Server Transfer in New World?

In a post on the official forums that expanded on a recent update, New World Community Manager Luxendra outlined some more restrictions on transfers.

This is a huge blow to many players who’ve awaited the chance to transfer with friends in other regions. European and US players are restricted from playing each other. Even players within the Continental United States, as the US East and US West servers, are restricted from transferring.

For more information about transfers check out How to Server Transfer in New World on Pro Game Guides!