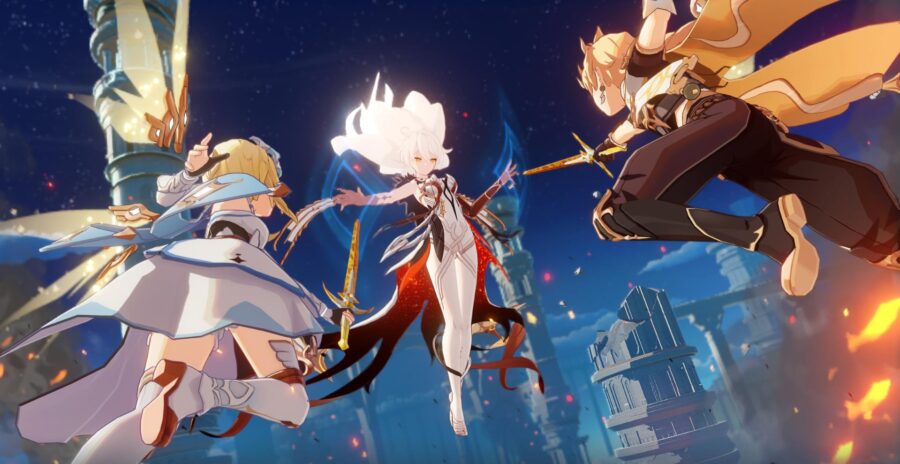 The 1.1 update has only recently been released, and everybody's eyes are already fixated on what is coming with the next update, 1.2, which is meant to be coming in December. Data miners are already hard at work finding hidden leaks in that latest update 1.1 that released for Genshin Impact, and it seems that some they have found 8 new characters potentially coming up in the next update 1.2 or beyond.

Though this information was posted on the Genshin Impact subreddit, everything is subject to change, especially when it seems that people are not too happy with the same weapon and element types being repeated time and time again. If this information is fully correct, we'll see three Hydro Catalyst users and then three Pyro Polearm users instead of mixing weapon and element types more thoroughly.

New characters that are - allegedly - datamined from CBT from Genshin_Impact

From left to right:

Hu Tao (funeral parlor boss who doesn't get along with Qiqi). She's a Pyro Polearm from Liyue like Xiangling.

Mimi is a Hydro Catalyst from Inazuma.

Yunjin is a Geo Polearm from Liyue like Zhongli.

Yaoyao is the first Dendro character we know for a fact is playable, she's a Catalyst from Liyue who I think studied with Xiangling or works at a rival restaurant or something. I cant remember exactly. She gets along really well with Qiqi.

Sayu is an Anemo Claymore from Inazuma.

Tohama is another Pyro Polearm, this one from Inazuma as well.

Then the last two are either: Shenli, a Cyro Claymore from Liyue and then Rosaria, a Cyro Polearm from Mondstatd, or their names are the other way around. I cant remember which one is which.

From this information, many of these characters come from Inazuma, which was rumored to release with 1.1 though it was quickly debunked. However, we know from miHoYo releasing their roadmap for Genshin Impact, that a new area is coming in Update 1.2. This new area is called the Dragonspine.

It's very doubtful that the Electro region will be based in the snowy mountains, so we believe that many of the characters will be coming when Inazuma drops whenever it does. Furthermore, dropping 8+ characters in the next update and those we know about Albedo and Ganyu seems like a waste. Why double the number of characters coming when only 4 were released with 1.1, Childe, Zhongli, Diona, and Xinyan?