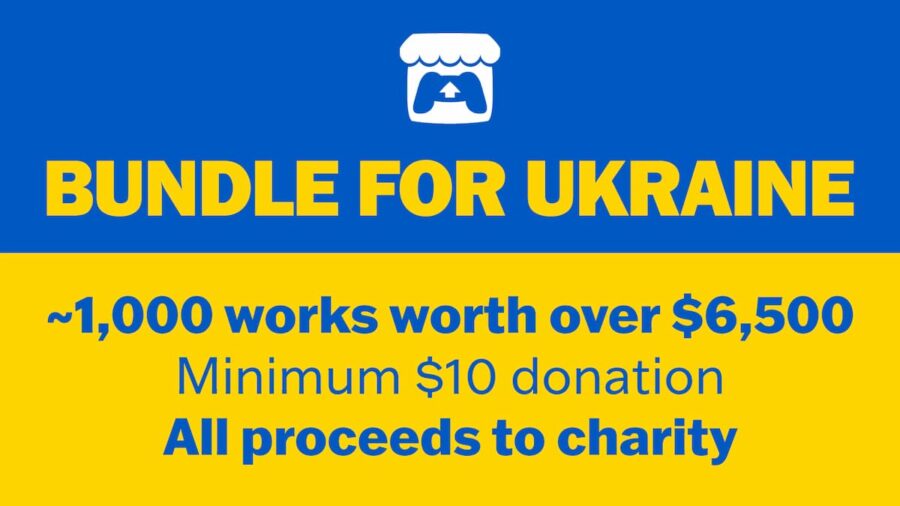 If you’ve ever thought your games collection looked a little sparse, you can solve that issue permanently with Itch.io’s Bundle for Ukraine, which is almost 1000 games for just $10. With 992 items available for a minimum contribution of $10, you can grab more indie games than you might ever be able to play in a huge bargain.

The bundle contains some bigger and more famous indie game titles, a combination of both video games and tabletop roleplaying games (TTRPG). These include Celeste, Baba Is You, SkateBIRD, CrossCode, Zero Ranger, TowerFall, and others.

Related: What is the Release Date for SkateBIRD?

There's some real hidden gems in this bundle, as well, including Kaiju Big Battel: Fighto Fantasy, a Final Fantasy clone based on a New York City wrestling promotion, and An American Werewolf in LA, a beat-em-up sequel to a John Landis movie. With 733 different creators contributing, you're sure to find something in the bundle to enjoy.

It’s a great cause to get behind, and it’s also one of the best and largest game bundles ever released. At a minimum contribution, it represents over $6,500 worth of games. And if you’re having trouble unpacking your almost 1000 new games, there’s a handy script for Chrome available here. There's eight days left to get the bundle (at time of writing), so grab it while you can!

You can get almost 1000 games for $10 with itch.io’s Bundle for Ukraine