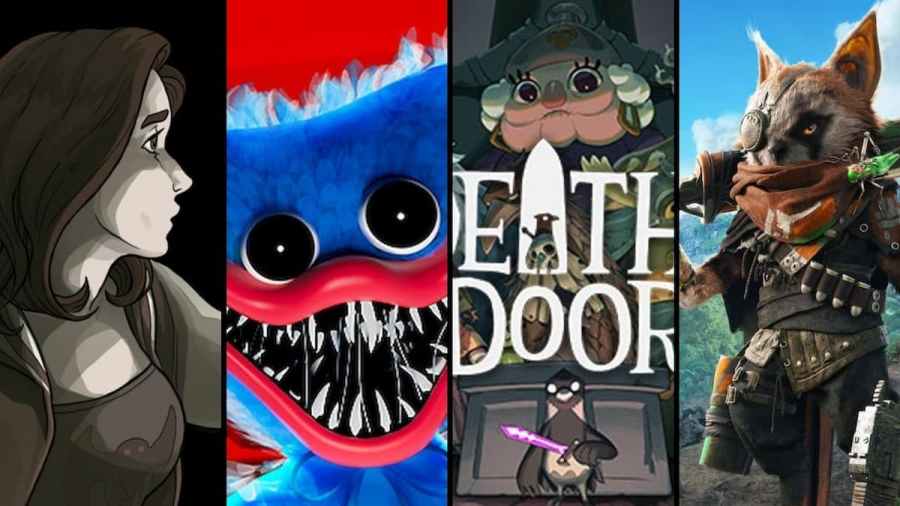 While not many Triple-A games were released this year, several great indie publishers produced some masterpieces. With so many different amazing options, we siphoned it down to our personal top 10. Here are some indie games we thoroughly enjoyed this year!

This indie Norse folklore-based survival game, developed by Iron Gate Studio and produced by Coffee Stain Studios, caught its audience by storm. It instantly became a loveable classic with its Minecraft-like textures and online multiplayer dungeon crawling. While still not fully released, this game has impressed many players in its early access form.

Developed by the Russian studio Four Quarters and published by Devolver Digital, this endless looping RPG opened gamers' eyes to a new concept. Working as a rogue-like, adventure, and deck-building game, players are challenged to make their way as many times around the looping environment to remember and learn more about the world that has disappeared from around them. Both addictingly challenging and replayable, players fell in love with this indie game.

Related: Most Anticipated Upcoming Indie Games in January and February 2019

A very recent addition to the list of indie games is this episodic indie horror. Its first episode aired on October 12 and has been creating a buzz ever since. MOB Games is somewhat well known for their previous games like Hello Neighbor, but they haven't done a twist on toys coming to life like this before!

Released by Ember Labs on August 24, players could dive into Kena's world of spirit guiding. With its Disney-styled animation and simple combat, players were easily able to fall in love with the charming nature of the game. Players can drift away into this positive, spiritual, story-driven game.

In late May, Biomutant arrived as the first apocalyptic kung-fu based RPG. Players were thrown into a world after the human apocalypse and into a new kind of creature's rebirth of the world. While making a path through the rubble of a previous civilization, players have to decide whether the world needs to hit the reset button once more.

With the release of Death's Door in late July, players could play as a sort of grim reaper within this cute and quirky game. Developed by Acid Nerve and published by Devolver Digital, this indie game created the perfect mixture of action to puzzle solving. It offers tons of mystery and intrigue between battles with souls to be reaped as a top-down-style fighting adventure game.

Released in late January, players of The Medium could dive deep in-between the realms of the spirit world and reality as Marianne. This psychological horror game released by the Bloober Team is based in Poland in 1999. Players can interact and help spirits as a medium, but Marianne has never experienced such a dark spirit as the one she's found here.

Pathfinder: Wrath of the Righteous

The newest of the Pathfinder games, Wrath of the Righteous, was released in early September by the primary developer and publisher Owlcat Games. This RPG sticks true to its pen and paper roots offering players tons of decisions and challenges as a menacing demon hoard overtakes the city. Players must use their devices and followers wisely to make it out alive.

Kickstarted by husband-and-wife duo Black Tabby Games, Scarlet Hollow is an episodic hand-drawn horror-mystery game. Delve deep into the lore of a sleepy mining town as an estranged relative of the main character has recently died. Explore the mysteries of what's going on here, and why the player never met their aunt before her passing.

Return to Six's world in the second installment of Little Nightmares as the new boy Mono. Released in February by Tarsier Studios, players must solve puzzles to survive this dark and dingy world once more as a new character, fighting alongside Six. Mono needs help to make his way through the twisted Pale City and fight against the Thin Man on the TV.