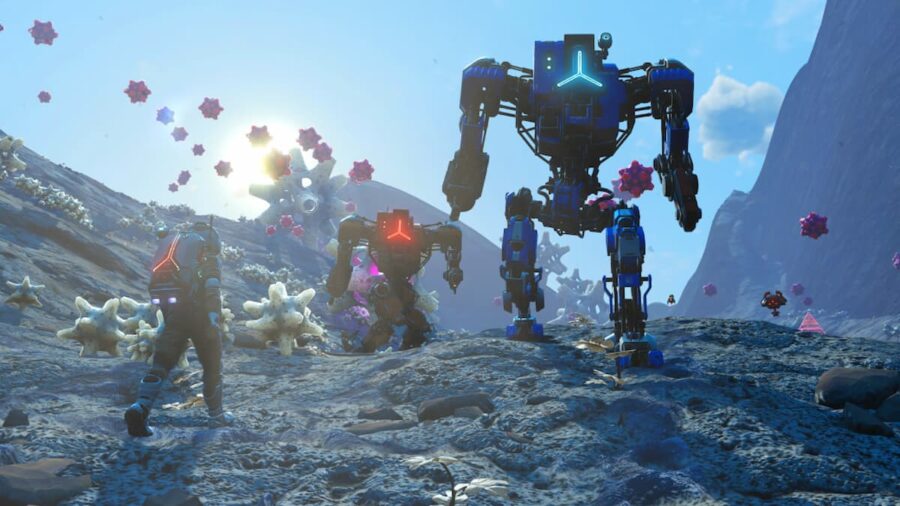 No Man's Sky' SENTINEL update changed the way that security forces worked on alien worlds. In short, they made these worlds much more dangerous, and it's a bit harder to explore high hostility planets. If there are some resources you need, then your probably wondering how to take care of Hardframes.

You can trigger a Hardframe Battle Mech by upsetting and fighting Sentinel forces. Once the Hardframe arrives, be wary of its ability to rocket into the sky and its flamethrower. Generally, these can be easy to get around as long as you keep your distance and stay moving while chipping away at the mech's health with your gun.

Related: How to get a Cape in No Man’s Sky

While Hardframe may just seem like another enemy to avoid, you want to fight them to get a hold of mech upgrade modules. These can be used on your own mech to make them more powerful and are well worth getting into fights for. You can also get a Hardframe Engine drop from the enemy, which is a needed crafting ingredient in Sentinel Hardframe Legs.

For more on No Man's Sky, check out What are Outlaw Stations in No Man’s Sky? on Pro Game Guides!