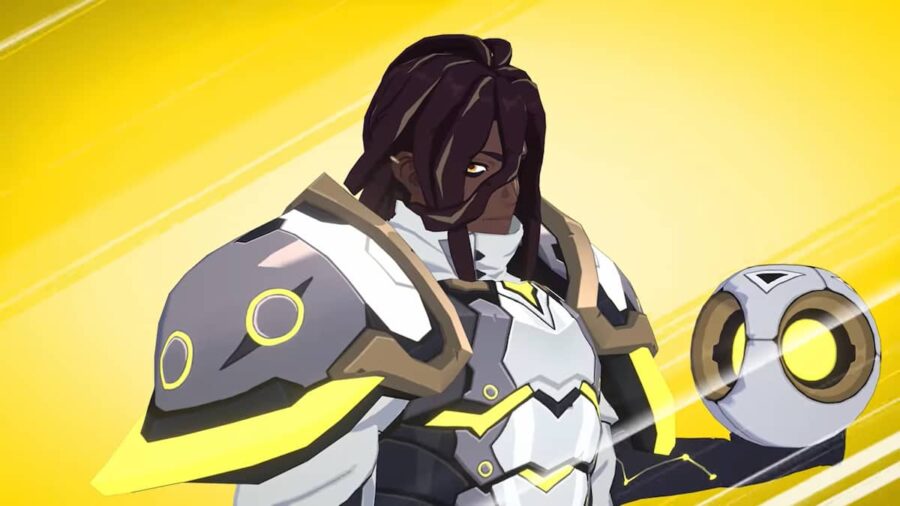 Omega Strikers is a competitive 3v3 arena sports title in which two teams go head-to-head. There are various positions, and while you can specialize in offense and defense, sometimes it is better to play a flex position. With multiple characters to choose from, you may be wondering who the best character to play flex is in Omega Strikers.

Flex is a little harder to play than forwarding or goalie, as you must rotate between the two positions and play a more midfield position. Some characters have better kits that make them more suited for this position. Here are our recommendations for the best flex characters in Omega Strikers.

Era is a unique character that excels at support and can rotate into playing goalie or forward. Her Flutter Fly ability provides a haste buff to allies which can provide a burst of speed to push forward and score or retreat and defend the goal. Bewitching Beam has multiple uses, allowing you to strike the core, buff your allies, or debuff opposing players. Finally, Magic Maelstrom is incredibly powerful if used correctly. It can be used to force players to move, defend their goal, or score the core in a big push.

Juno excels at flex due to her ability to control the arena. All of Juno's abilities drop blobs, allowing you to place shields throughout the arena effectively. Friend Fling is great for throwing a blob out and pushing the core forward or protecting your side of the arena. Blob Bounce is a good mobility tool, allowing Juno to jump short distances and leave a blob behind for protection. Her special, Make It Rain, drops multiple blobs in an arena, effectively allowing you to block it off.

Atlas can play flex well as you can use his abilities for offensive, but his special is a powerful support tool. Astral Projection is his main offensive tool, hitting a decent arc that hurts enemy players and pushes the core. Cosmic Expanse can be used offensively or defensively, either inflicting stagger on nearby enemies or placing a shield to stop the core. Lastly, his support tool, Celestial Intervention, can heal your allies or save them from being knocked out.

Luna's kit is versatile, allowing her to flex into the goalie or forward position. W.H.A.M.M.Y. lets you send out a projectile that speeds up if it doesn't immediately strike a target. This long-distance ability lets you apply pressure up close or from your goal line. You use her B.O.O.S.T. ability to close gaps when retreating to defend or push forward in a burst of speed to sink the core in the goal. Luna's special, C.R.A.T.E.R. can be used to push opponents back and force them to retreat, clearing the space for you and your team to push forward to strengthen your defense.