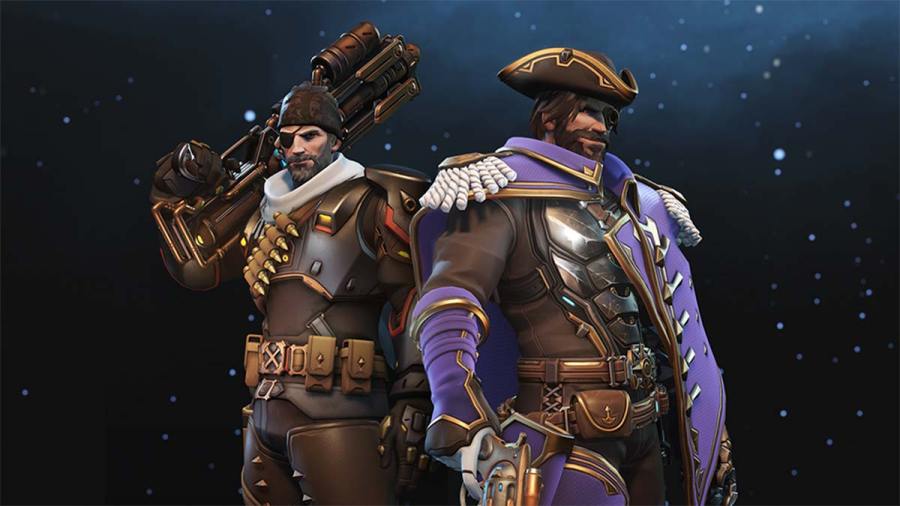 With the release of Overwatch 2, thousands of players are looking to customize their skins and establish their identity in the game. With everything from Diablo crossovers to a nutcracker costume, Overwatch 2 truly has it all. Even so, the abundance of skins makes it more difficult to choose which ones are worth investing currency in. Here's our list of the 7 best Overwatch 2 skins.

For an Epic skin, Shiver is quite impressive. This skin causes frosty smoke to exude from Reaper's face and body. The skin is haunted by a crisp blue that brings attention to the darker colors in the palette. In this skin, the back of Reaper's cloak is imprinted with a snowflake pattern, which gives us a great amount of serotonin.

This overgrown skin is a refreshing change from the typical metallic shades of Reinhardt's armor. Along with the vines, the small purple flowers are a lovely touch to an already top-tier skin. With a valiant helmet and a legacy to uphold, the Greifhardt skin is close to our hearts.

Depicting the creature of Irish legend, the Banshee skin is a delightful and spooky design. This skin turns Moira's liquid tubes into an ethereal aura, enhanced by a beautiful shade of purple. The Banshee skin reinvents Moira's identity as a mad scientist, adding hints of folklore to her aesthetic.

Related: When is the Overwatch 2 Halloween Event? Start/End Dates

The Matsuri skin adds traditional Japanese elements to Kiriko's design, with an amigasa hat typically worn by samurai. This skin outfits Kiriko in a lovely shade of pink, giving her clothes a pattern that resembles fish scales. Matsuri is a nice departure from the ultra-modern aesthetic of Hinotori, drawing on the character's Japanese heritage.

We never knew we needed to see Zenyatta as eldritch horror figure Cthulu. It had never even crossed our minds, and yet when Blizzard released the Cultist skin, our lives were complete. This skin makes excellent use of Zenyatta's levitation, transforming him into a creature of cosmic horror. The purple and green color scheme also suits Zenyatta surprisingly well.

This skin is one of the reasons we're considering buying the Battle Pass. With flashing lights and bold colors, the EDM skin brings out the fun side of D.VA. Her outfit is adorable and looks like she's headed for the closest rave. EDM D.VA is pure fun, and we can't get enough of it.

They could have simply given him an apron. However, Blizzard went all out in designing the best skin in Overwatch 2. This skin depicts Soldier: 76 as a barbecue-loving dad, with a "Heal Up" soda for a Biotic Field, and a Heavy Pulse Rifle with the title "A-Salt Rifle." He is always ready for a block party, armed with various kitchen utensils, spices, and a combo of socks and sandals. We can't help but admire Blizzard's dedication to making Soldier: 76 the ultimate dad.

For more Overwatch 2 articles, come check out How to fix ‘sorry we were unable to log you in’ in Overwatch 2 here on Pro Game Guides.