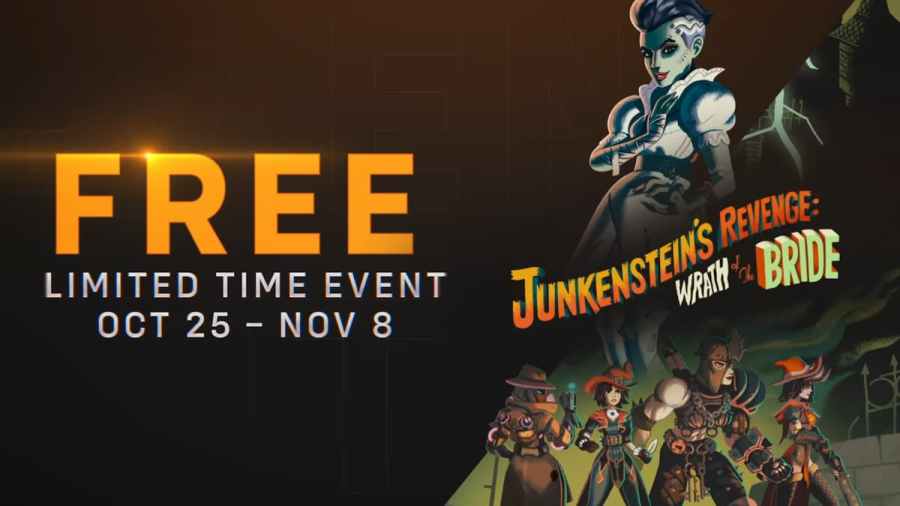 Overwatch 2 has launched with a great player base, which will likely continue to grow with the addition of events and content. The early access of Overwatch 2 allows Blizzard to continually add new content to the game, like the Overwatch 2 Halloween event. This may leave you wondering when Junkenstein's Revenge: Wrath of the Bride begins and ends.

When does the Overwatch 2 Junkenstein event start and end?

The Junkenstein's Revenge: Wrath of the Bride Halloween event in Overwatch 2 will run from October 25, 2022, through November 8, 2022. This puts the event just a few short weeks after launch and perfectly timed for Halloween. Running after the holiday also gives players plenty of time to enjoy the themed event and collect its rewards.

Related: Overwatch 2 – What is a Post Paid Phone Number?

The Season 1 trailer on the official Overwatch YouTube channel gives players a sneak peek at some of the skins they can expect in Junkenstein's Revenge: Wrath of the Bride event. We don't know much more than that, but Blizzard plans to reveal more details closer to the event.

Junkenstein's Revenge: Wrath of the Bride is the first of many events coming to Overwatch 2, and this cycle of events and new content will keep the title feeling fresh. Some players consider Overwatch 2's early access launch barebones, but it is the perfect format for adding events to increase the amount of content available.

For more information on Overwatch, check out Current Overwatch 2 Queue Times and Expected Wait and How to fix BC-153 login error in Overwatch 2 on Pro Game Guides.

When is the Overwatch 2 Halloween Event? Start/End Dates