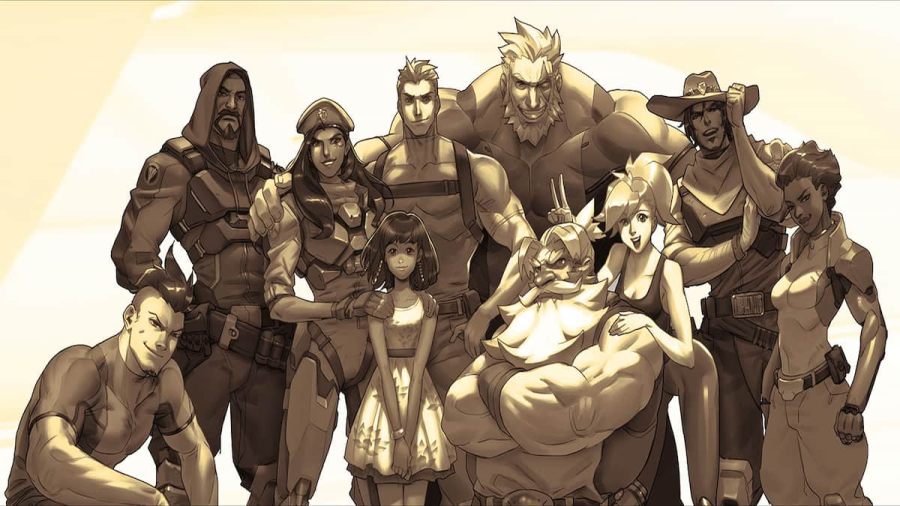 My favorite part of Overwatch isn't the game itself. While the controls do feel satisfying, and the visual aesthetic is colorful and fun, there's something deeper that kept me playing almost daily for several years. The best part of Overwatch, in my opinion, is the people who play it.

Due to the collaborative nature of Overwatch, and the team voice chat feature, I was bound to meet new people while queuing up for Quick Play. Over the course of four years, I've met hundreds of people in Overwatch, from all different ages and walks of life. I've met scientists, doctors, moms, and even professional esports players. However, I did not expect to meet two of my closest friends in a simple match of Quick Play.

Related: Can you get Overwatch skins in Overwatch 2?

One of these Overwatch friends had the username JubJub, which was derived from a childhood nickname. He was eleven years old at the time and had quite the temper. Even so, we stuck with him. We discovered how to be patient while he learned to control his anger. I've watched him grow up over the past four years, and I've had the privilege of seeing the person he's becoming. He's a sweet kid who likes hockey, and has learned how to be slow to anger, and it's so beautiful.

Another one of these Overwatch friends had the username Crimson, and I remember that we actually met because my sister's username was CrimsonStorm, and we laughed over the coincidence. We've known Crimson for four years now, and back in July, we had the lovely chance to meet him in person. Together, we went out for sushi, spent a weekend at an anime convention, and completed three escape rooms in one day. He's one of my closest friends, and he'll be coming back down to see us in a few months.

For me, Overwatch isn't important because of the gameplay. Instead, Overwatch is close to my heart because it introduced me to two of my closest friends. If it weren't for a serendipitous meeting in a Quick Play match, I would have never known these wonderful people. There are more as well, there's Quickblood and Chernabog and Jip3r3, and the only reason I know them is because of a little game called Overwatch.

The most exciting part of Overwatch 2's release is that I'll be playing it with my friends from the first game. Over four years of turmoil, trials, and struggles, we're still here. I talk to JubJub and Crimson almost every night. We still play games together. Our friendship transcends Overwatch, and yet I can't help but look back on the game with fondness and gratefulness.

I'm not too sad about Overwatch shutting down. I've already had great experiences, and I still keep in touch with the people I care about. The best memories I have from the first game were playful discussions with people on the opposing team, and the pep talks we'd always do before competitive matches, and how loudly we'd cheer for whoever got play of the game. While I may forget about Overwatch's mechanics, and the arcade game modes, and each character's controls, the friendships I've made will stay forever.

Thank you, Overwatch. I'll never forget about the good times.

For more Overwatch articles, come check out How to merge an existing Overwatch account with Overwatch 2 here on Pro Game Guides.