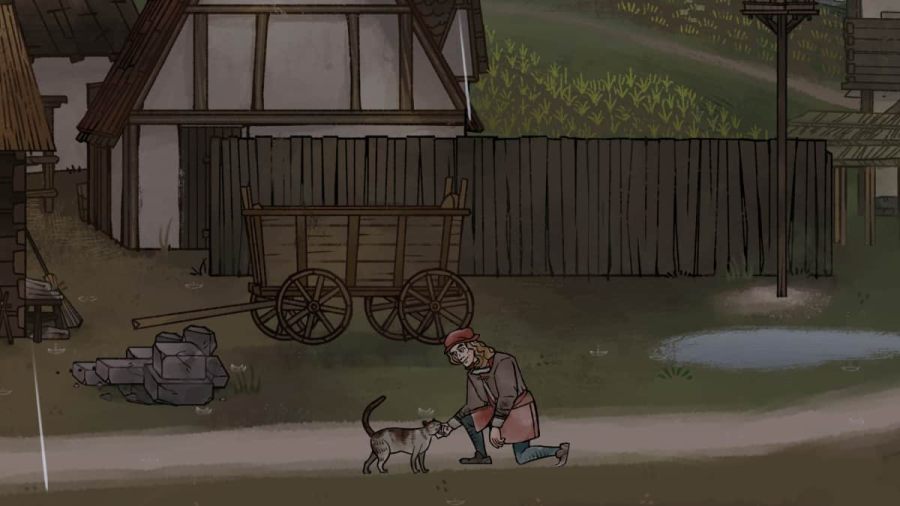 Pentiment takes you on a storybook journey through a sixteenth-century European murder mystery. While the art direction, mini-games, and story options all shine independently, the best part of the game is all the animals. From cats to dogs, companions can be found all over the game while you work to build favor with the NPCs. Here's every pet in Pentiment and where you can find them.

Where to find pets in Pentiment

You can only find Mirabilis in acts one and two. Go to the abbot's house to find the pup. This shaggy dog lives up to its name, as it will sit and allow you to shake its hand in act one (provided you pet them). In act two, you can find them soaking up the sun in the garden.

Related: What do red underlined words mean in Pentiment

Staub, which is German for dust, lives up to his name as a sleek greyhound. Go to Else and Lenhardt's house, which is located near the mill, and you'll find him outside. Give him some pets, and he'll give you his paw. In act two, seven years may have passed, but Staub's still the same good boy. The only difference is that he now lives inside.

Schlau is a calico cat who hangs around Agnes's house near the stone mason named Lucky. For such a cunning cat, Schlau is pretty lazy because in act two, you can find them in the same location.

There's a limited window to pet Furstchen. On the second day of act one, go to the Guest House near the abbey. He's only around for a short time while Lady Salomea visits the abbey, but he makes up for that by furiously wagging his tail when you pet him.

Cellar Cat only appears once you enter the second act. Go into the cellar beneath the abbey's kitchen and give the cat some food, allowing you to pet it. In act three, Cellar Cat can't be pet because they've had a bunch of kittens and are busy caring for their family.

Süße is the sweetest addition to the third act. They aren't around for any of the previous acts, but they're worth the trip to the mill because of their sweet disposition.

You'll unlock the A Regular Saint Francis achievement if you make it a mission to pet an animal at least five times during the game. The name of this achievement pays homage to Saint Francis of Assisi, the patron saint of animals. You don't need to pet five different animals, just interacting with animals on five distinct occasions throughout the acts is enough.

Looking for more Pentiment content on Pro Game Guides? Check out How to earn Lorenz Rothvogel's favor in Pentiment.

Every pettable animal in Pentiment