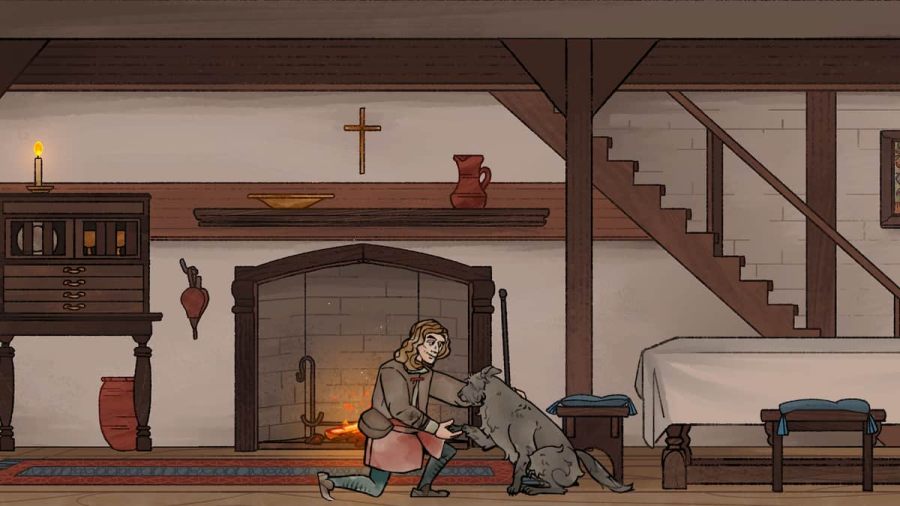 If you like a good 16th Century European murder mystery, Pentiment should be up your street. This offbeat point-and-click RPG has you embroiled in the death of a Baron at the abbey where your character, Andreas Maler, has been working. You’ll have to employ both your wits and knowledge to come to a fitting conclusion, speaking to all manner of locals, including nuns, monks, and village folk. So, what is the best way to gain positive favor with NPCs in Pentiment?

How to gain positive favor with NPCs in Pentiment

As you play Pentiment, you will have hundreds of conversations with NPCs, many of which lead to decisions. Most of them won’t directly affect your relationships, but they are more significant occasionally. Unfortunately, this isn’t made clear until after you’ve replied to what may seem like an unimportant line. But straight afterward, you’ll know because there will be a line beneath your answer saying, This will be remembered, which will be marked with a red and blue diamond. The best way to gain positive favor is to be consistent with that character in all future dialogue until an outcome occurs.

Related: Which background should I choose in Pentiment?

You’ll know a pivotal moment with an NPC is occurring when you get a dialogue box with the same blue and red diamond in it to the right of a normal dialogue box (see below). If you’ve had enough positive outcomes, a blue bar will be below its title. This will give you extra information and help as you move forward. Otherwise, the dialogue chain will stop here.

Tips for talking to NPCs in Pentiment

As with everything in Pentiment, falling out with NPCs isn’t going to stop you from moving forward. But if you do want to redo a conversation, remember the game only autosaves when you see the script appear in the bottom right corner of the screen so you can always reload.

Pro Game Guides is your one-stop shop for RPGs. Check out What is Pentiment? – Release date, platforms, & more. Or why not read up on the Best RPG nominations for Game of the Year?

Best ways to gain positive favor with NPCs in Pentiment