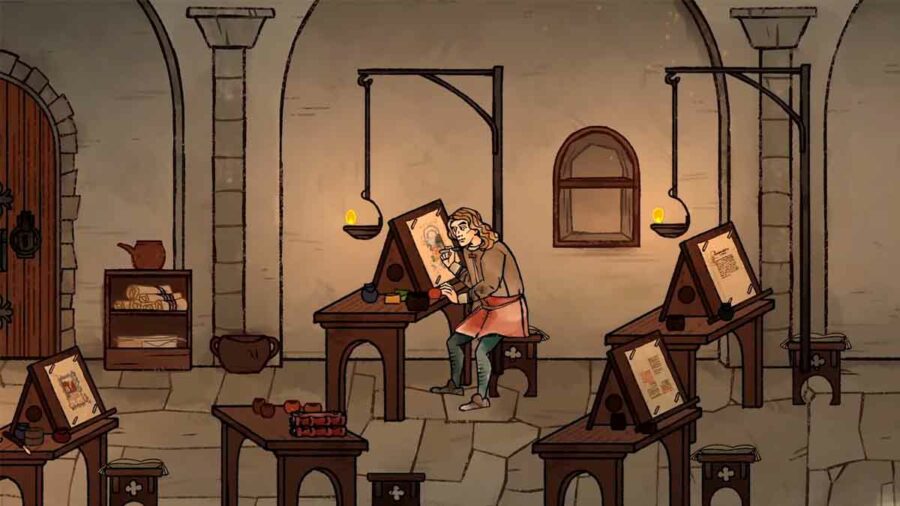 Pentiment takes players back to the middle ages for, what appears to be, an interesting episode of Murder She Wrote. Here's what we know about this new project from Obsidian Entertainment.

Everything we know about Pentiment

Pentiment is a unique murder mystery set in medieval times, and it boasts a fitting art style. Not much else is known at this time, but it appears similar to the hit Disco Elysium title.

What is the release date for Pentiment?

Pentiment will leap from parchment to your screen in November 2022.

Related: How to preorder Disco Elysium: The Final Cut

What platforms will Pentiment be on?

The trailer shows off a lot some gameplay and interesting sequences. There are a lot of quick cuts between scenes and drama galore. The player seems to take control of a man in charge of writing books. A murder most foul takes place, which must be solved.

There are RPG aspects, such as choosing a background, that will likely impact the gameplay. Beyond that, not much can be said with certainty. It's a breath of fresh air from other AAA titles and is sure to delight puzzle and RPG fans. Keep it tuned to Pro Game Guides for coverage as more is released on Pentiment!