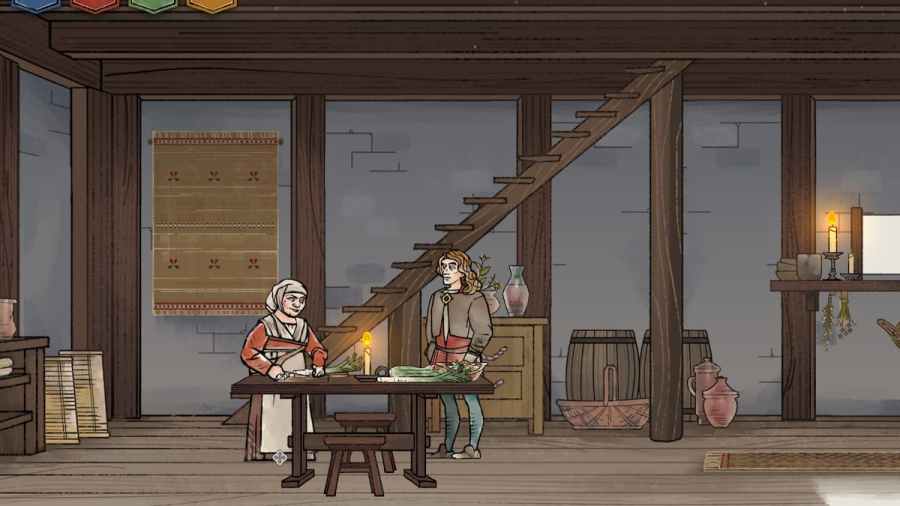 If you like a medieval murder mystery, you’ll likely love Pentiment. This point-and-click adventure game sees you playing the part of 16th Century artist Andreas Maler as he tries to clear the name of his mentor in a murder investigation. One of the prime suspects seems to be local stonemason Lucky. But Lucky isn’t exactly a talker. So how do you unlock Lucky’s motive for murder in Pentiment?

The key to breaking the Lucky case wide open in Pentament is twofold. First, you need to follow him, and then you need to talk to his wife, Agnes, about what you find. To ensure things go smoothly with Agnes later, make sure to Look for Agnes standing outside the bakery and say you'll pray for Helena’s health.

Related: All Background Choices in Pentiment and what they do

Next, talk to Lucky about the Baron while he is working outside his house, but don't push him too far. Afterward, decide to follow him. You'll get caught, and again don't push him to talk, and don't admit following him (instead, say nothing). Also, don't ask where Lucky and Otto fish, follow him again. At the lake, be ready with your controller. As you hide in the tree, you need to click on the three bugs before they bite you and give away your position.

You'll then follow Lucky to the old salt mine. After he lays flowers at the grave and leaves, go and examine them. The gravestone says two innocents. And there’s a note saying, Remember the girl. One grave for two innocents. The red bird flies. Matins. Chapter.

How to persuade Agnes to talk

Later, go to Lucky’s house for lunch. As you didn’t hassle him earlier, he'll let you have lunch with them. During lunch, you can further befriend his wife, Agnes. Agnes likes it when you joke and if you show interest in the Pfeiffers.

After lunch, Lucky goes back to work, and you can talk to Agnes. You'll now be able to persuade her as a skill check, and she'll tell you the grave is for their first daughter, Beate. She had an affair with the Baron and fell pregnant, but she died trying to stop the pregnancy. Agnes admits they all blame the Baron for her death. But whether he is the killer is up to you to decide.

Want more Pentiment goodness? Check out All Background Choices in Pentiment and what they do and the Best ways to gain positive favor with NPCs in Pentiment here on Pro Game Guides.

How to unlock Lucky’s murder motive in Pentiment