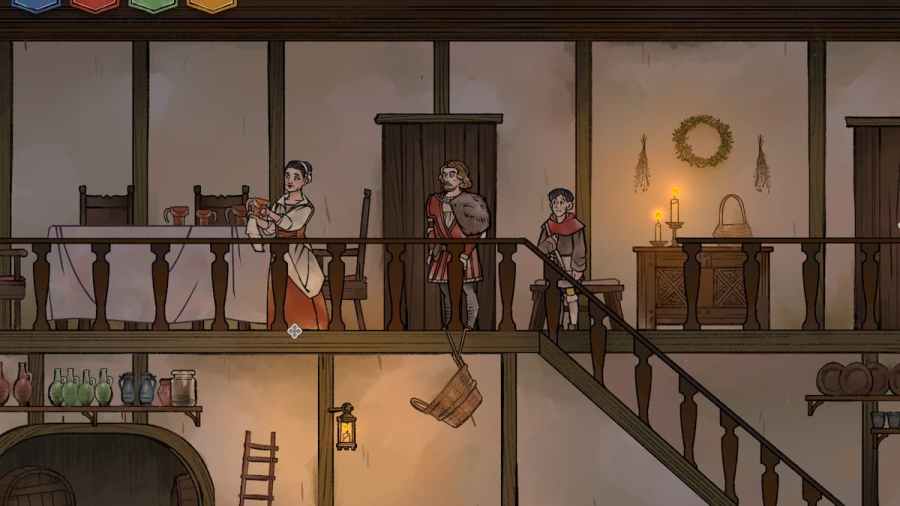 The medieval adventure game Pentiment is a point-and-click murder mystery. You play the part of Andreas Maler, an artist trying to protect his friend and mentor from being executed for the killing of a Baron. To do so, you must talk to townsfolk and clergy alike, gathering evidence and uncovering plots hatched by those who would harm the baron. To save your friend, you must accuse someone of murder. And to make it stick, the best way will be to suggest the killer to Jacob, who is overseeing the trial.

When does Pentiment Chapter One end?

Jacob arrives at the Abbey on April 24, and you must speak to him between midday and 1pm. Your interaction with Jacob begins when you approach him in the Chapter House, so make sure you have all you need by then. You will be able to give evidence about four different suspects if you wish. But if you want also to suggest the killer to Jacob, you need to pass a skill test with him during your conversation. When speaking to Jacob:

Related: Which background should I choose in Pentiment?

It also helps to have the Oratory skill, which will give you some leeway when answering the other questions. Even if you can suggest the killer, you will need several pieces of evidence to accuse each of the four suspects of murder, including Lucky. After speaking to Jacob, you will continue to Chapter Two and see the sentence carried out on The Day of Judgement. Otherwise, Jacob will decide the outcome.

Check out more Pentiment content at Pro Game Guides, including the Best ways to gain positive favor with NPCs in Pentiment and How to solve Ferenc’s Volvelle Puzzle in Pentiment!

How do I suggest the killer to Jacob in Pentiment