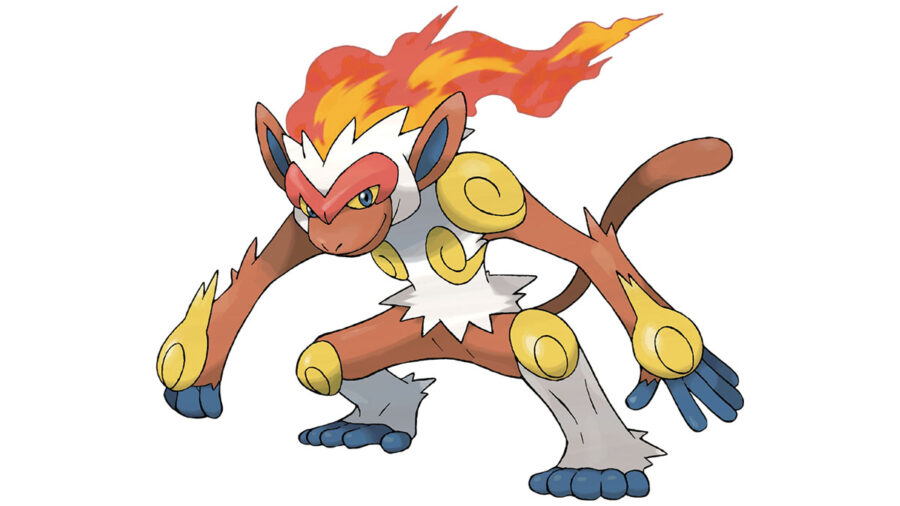 In Pokémon Legends: Arceus, moves determine your Pokémon’s potential in battle. Pokémon will naturally learn more powerful ones as it levels up, but you can also visit Zisu in Jubilife Village to have it learn others for a price. This is true for every Pokémon in the game, including Infernape—one of original Sinnoh starters.

Infernape is a Pokémon with equally high Attack and Sp. Attack. However, given the moves it can learn, it’s better to build it into a physical attacker. Below are the best moves for Infernape.

Moves that are used by Pokémon of the same type have their base damage increased by 50%. We call this same-type attack bonus (STAB). Raging Fury and Close Combat are going to be your Infornape’s STAB moves. You can also replace Raging Fury with Flare Blitz, but do be mindful of the latter’s recoil.

Meanwhile, Thunder Punch is super effective against Water and Flying-type Pokémon, which Infernape is weak to. Shadow Claw will hit Psychic-types, which it’s also weak to.

With this moveset, the only Pokémon that are going to give your Infernape trouble are Ground types. Fortunately, Earthquake doesn’t exist in Hisui!