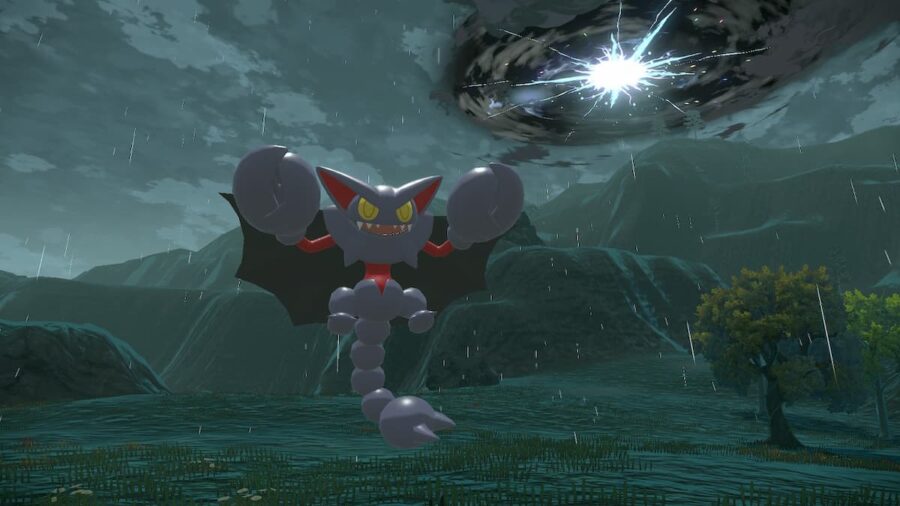 Gliscor's best moves in Pokémon Legends: Arceus are Slash, Poison Jab, X-Scissor, and Earth Power. We picked these moves based on Snorlax's base stats and the S.T.A.B (same type attack bonus). This bonus yields a 50 percent increase in damage output if the chosen move shares the Pokémon's typing.

Earth Power is a ground-type move and Gliscor's best offensive option, learned last at level 52 (mastered at 64), with an impressive power of 135. Unlike the others, Earth Power makes good use of the STAB but is a special move. Gliscor's strength is its raw attack power; this Pokémon's base attack stat is among its highest, second only to its defense stat, and with that of its special defense. The rest, especially HP, come in either average or a bit below. Yet, Earth Power is a special instance when Gliscor can shine at its best.

This means physical attacks rather than special attacks should usually be Gliscor's forte in Pokémon Legends: Arceus, but this isn't entirely true in Gliscor's case, thanks to the STAB bonus. Many other powerful moves such as Hyper Beam or even Giga Impact can be learned for a price from Zisu at the Training Grounds in Jubilife Village. Still, they require an entire turn to recharge and would nullify any help Gliscor can provide with its good speed base stat.

Purchased moves such as the steel-type Iron Tail or rock-type Stone Edge, while powerful physical moves, can be considered alternate options to Poison Jab or X-Scissor, but they either have annoyingly low accuracy or PP and offer worse general coverage. After all, Gliscor's most impressive stat is its defense. You may find its best use is enduring long battles with Pokémon you want to weaken and catch.

Gliscor is the second and final evolutionary form of Gligar, which players can find in abundance in the Coronet Highlands (but you've probably encountered the Alpha Gliscor east of Primeval Grotto). Gliscor's power is reasonably above average for non-legendary Pokémon and would be a great choice to strengthen your party while building out your Pokédex. Be sure to also take advantage of its best nature, which adds a further 10 percent attack increase.