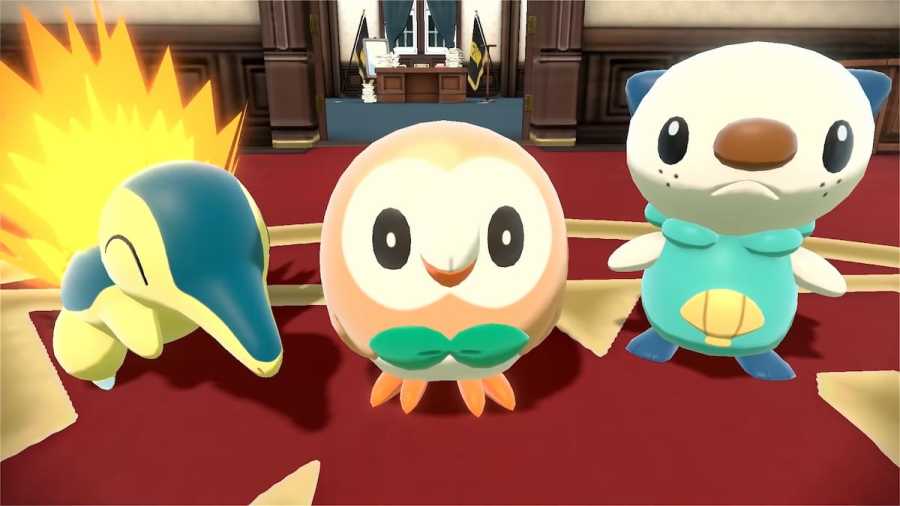 Choosing Pokémon starters is always a challenge, especially in Pokémon Legends: Arceus. After all, Cyndaquil, Oshawott, and Rowlet are generation favorites for a reason, and making you choose between the three of them is a crime in itself.

But if we’re talking about the best starter—objectively—then it has to be Cyndaquil. Typhlosion has the highest base Spd and Sp Atk between the three. In fact, both Samurot and Decidueye are tied with a Spd stat of 70. Since faster Pokémon get more turns in Legends, Typhlosion has the natural advantage during encounters.

Hisuian Typhlosion being a Fire/Ghost type is also a huge plus. Aside from coverage, Ghost types provide the same unique advantages as Dark types (that is, over Psychics and Ghosts) without the Fighting, Bug, and Fairy vulnerabilities.

However, if you're looking for the Pokémon with the best move coverage, it's Rowlet. Hisuian Decidueye is a Grass/Fighting—its same attack type bonus (STAB) moves is effective against eight other types. However, Hisuian Decidueye is also the Pokémon with the most number of weaknesses, due to Grass and Fighting also having the most vulnerabilities.

Then again, you can choose whatever Pokémon as your starter and still become a successful trainer. None of these starters are frail and all of them have big move pools.