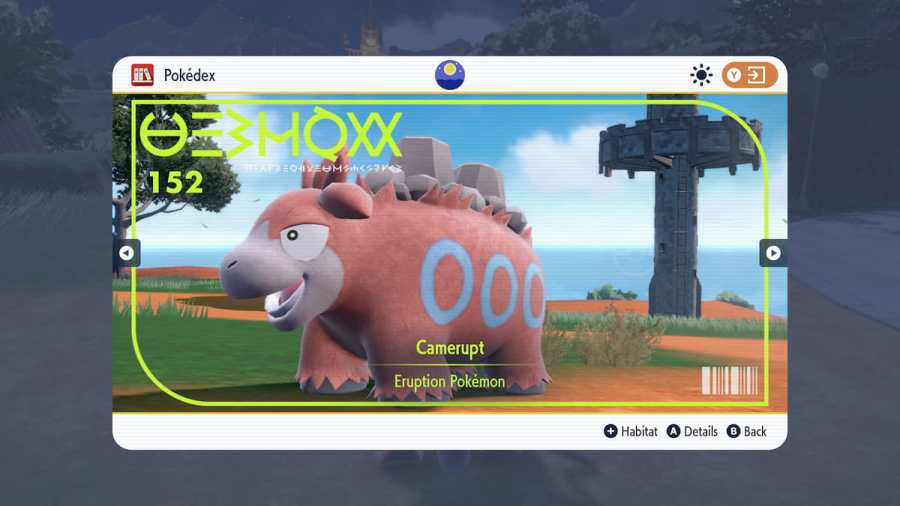 Camerupt has the Fire/Ground Typing, two very strong offensive Types in Pokémon Scarlet & Violet. It has slightly higher Special Attack and Special Defense than its Attack and Defense but can use both Physical and Special moves very well. Defensively, it can take a lot of damage from Water Type moves, but it also has a good amount of HP and can reduce super-effective damage. Its biggest weakness is how slow it is, and it can be taken advantage of to take it out. These are Camerupt's weaknesses and the best Pokémon to counter in Scarlet & Violet.

What is Camerupt weak to in Pokémon Scarlet & Violet?

Camerupt is a Fire/Ground Type with two normal Abilities and one Hidden Ability. When found in the overworld it will have either Magma Armor or Solid Rock. Magma Armor will prevent the Pokémon from being frozen, while Solid Rock will reduce super-effective damage dealt to it by 25%. Its Hidden Ability is Anger Point, and it will max out its Attack stat when hit with a critical hit. It has a decent movepool but is extremely slow unless used in a Trick Room team. These are its weaknesses:

How to counter Camerupt in Pokémon Scarlet & Violet

There are many counters to Camerupt due to Water and Ground moves being able to be learned by nearly every Pokémon. Having one of the best Water Type Pokémon in the player's party is the easiest way to counter Camerupt. Gyarados is one of the best options to use against Camerupt due to its Typing. It is immune to Ground Type moves as a Flying Type Pokémon and will take half damage from Fire attacks due to its Water Typing. It has slightly less Defense than Special Defense as well, making Gyarados perfect, given how high its Attack stat is.

All Camerupt weaknesses and Best Counters in Pokémon Scarlet & Violet