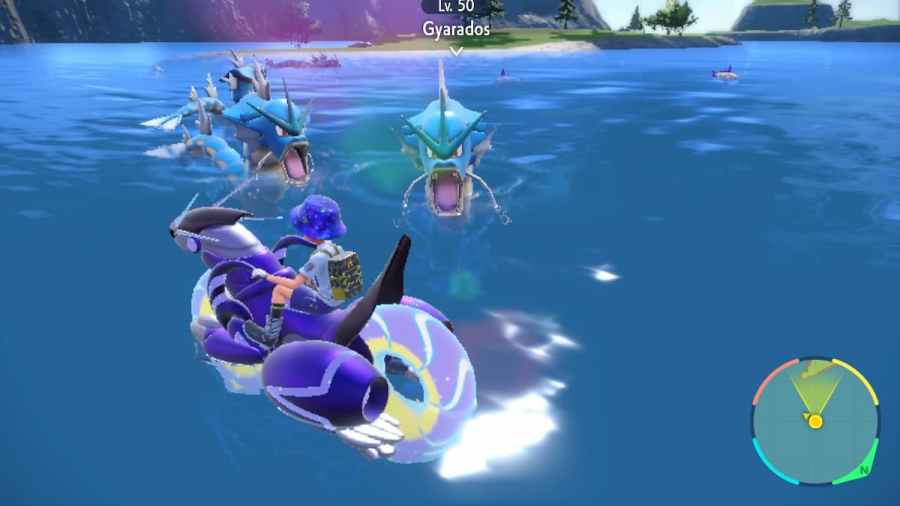 Generation IX was very friendly to Water-types. Not only did the type get a bunch of new Pokémon, but it also received several new moves with ridiculously powerful capabilities. These moves can do everything from raise speed and deal damage at the same time to giving a huge boost to Speed, Special Attack and Attack. While some of the defensive Water-types lost some tools, namely Scald, the type overall got some huge offensive powerhouses.

Which are the best Water-types to use in Pokémon Scarlet & Violet?

It's hard to see this Pokémon being the defensive wall it once was. Not only did Toxapex lose Scald, but it gets lets PP on Recover. That being said, it still can wall out some powerful threats such as Fighting-types and Ice-types that don't get Freeze Dry access.

This is yet another defensive Water-type that lost Scald (as well as Toxic). The good news for Gastrodon is that it received access to Stealth Rocks. Grass-types are the only Pokémon that can hit Gastrodon for super effective damage. Otherwise, Gastrodon has the HP to outlive any threat.

Statistically, this Pokémon is very middling. Veluza has huge capabilities, though, thanks to Fillet Away. This move gives Veluza a Shell Smash boost (+2 Speed, Special Attack and Attack) at the cost of half HP. With a Sitrus Berry or other way of keeping it healthy, Veluza can be one of the scarier threats in the game.

All that can really be said about Dondozo is good luck getting the KO on it. With 150 base HP and 115 base Defense, it's going to take loads of damage before Dondozo actually goes down. It can even shrug off Super Effective hits, and Curse can increase its Defenses even more.

While not being as bulky as Dodonzo, Slowbro has more flexibility. Whereas Dodonzo can really only wall out opponents, Slowbro can be more offensive with Calm Mind. Slowbro also gets tons of coverage moves including Flamethrower, Psychic, Shadow Ball and Ice Beam.

Outside of having a huge defensive stat, Cloyster still serves its usual role of being a strong Shell Smash sweeper. Once it boosts its Attack, Special Attack and Speed, Cloyster can take care of all the late game Dragons in the Paldea region

The impossible has happened: Delibird has become usable! This mechanical version of the Generation II bird has enormous Speed and Special Attack, allowing it to Ice Beam and Hydro Pump Pokémon to death left and right.

Related: Where to catch Cyclizar in Pokémon Scarlet and Violet

This is easily the best Swift Swim sweeper in the game. Even outside of the rain, though, Barraskewda is still enormously fast. It can even out-speed many of the new Paradox Pokémon. Barraskewda can also use a range of moves including Aqua Jet, Liquidation, Psychic Fangs, Crunch and Close Combat.

All of the Quaxly users were likely delighted to see that its final evolution learns a move which raises speed as well as deals damage. After a Swords Dance, it's really difficult to stop Quaquaval from sweeping. Its Hidden Ability is also Moxie, which boosts its Attack after earning a KO.

While it doesn't look to threatening normally, Palafin becomes a beast once it switches out. When in hero form, Palafin gets a whopping 160 base Attack stat. To make matters worse, it gets access to Jet Punch, which essentially is a stronger Aqua Jet (both priority Water-type moves). Even Smogon is talking about banning Palafin in competitive play.