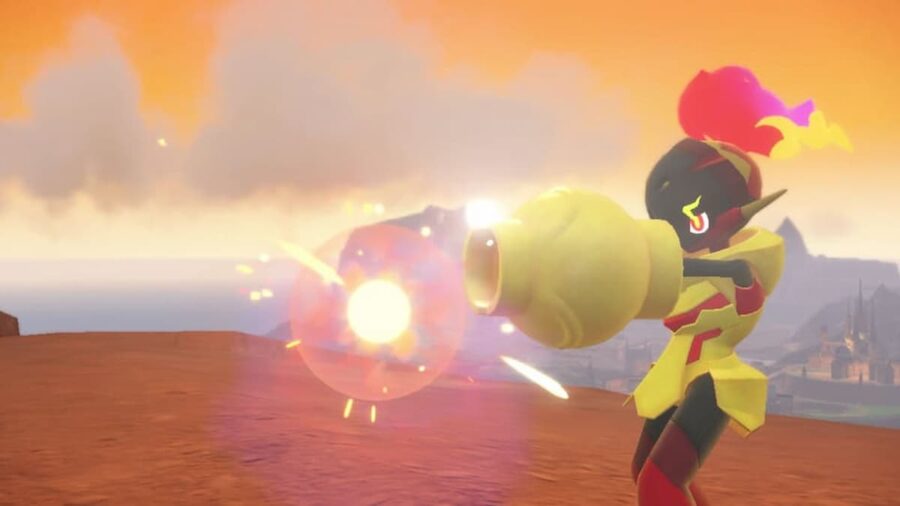 A new Pokémon has taken the internet by storm due to its resemblance to Megaman. This is Armarouge, the fire and psychic-type Pokémon that wears heavy armor and fights with a blaster arm similar to the blue hero's blaster arm.

Armarouge was first revealed in the Seek Your Treasure trailer on The Pokémon Company's YouTube channel. Armarouge's main similarity to Megaman is the blaster arm it uses to fight and its humanoid form. It does have a different color scheme, but fans have pointed out the resemblance.

Related: How do Auto-Battles work in Pokémon Scarlet and Violet?

Fans have also pointed out a strong resemblance to Pulseman, an early title from Game Freak released on the Sega Mega Drive. This similar appearance is likely a throwback to Pulseman, as the resemblance is incredibly strong.

Megaman-themed Pokémon Armarouge is an instant hit with Pokémon fans