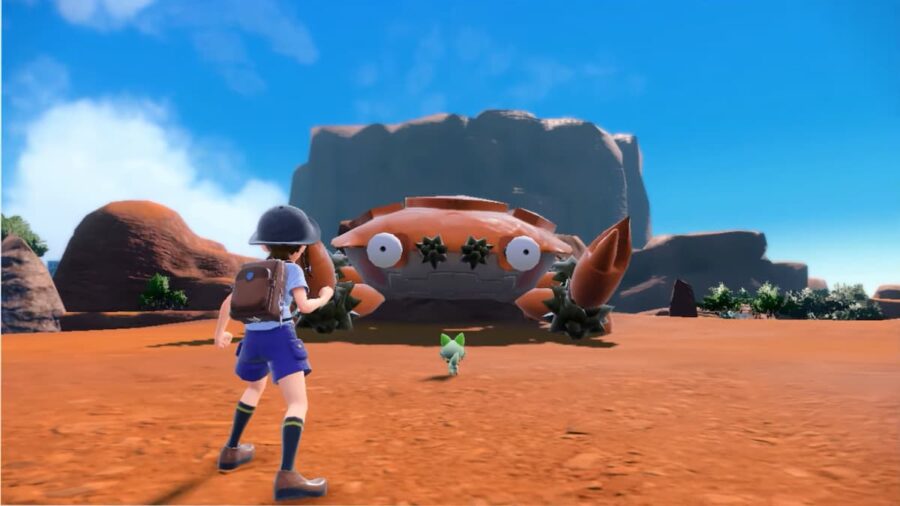 Pokémon Scarlet and Violet introduce a feature that may be familiar to fans in the form of Titan Pokémon. These appear to be larger and more powerful versions of Pokémon and will present a challenge to players.

The Seek Your Treasure trailer uploaded to The Pokémon Company YouTube trailer showcases this phenomenon for the first time. The protagonist can be seen pairing up with Arven, another student, to take on a Titan Klawf. This Klawf is seen to be much larger than other Klawfs.

Related: Who is Brassius in Pokémon Scarlet and Violet?

Titan Pokémon may function similarly to Noble and Alpha Pokémon from Pokémon Legends: Arceus, or even Totem Pokémon in Pokémon Sun and Moon. We don't know for certain, but these Titan Pokémon should provide quite the task.

Depending on which of the above forms Titan Pokémon are most similar, players may find themselves battling a more powerful version of that Pokémon or one that can call its smaller counterparts to battle. Either way, Titan Pokémon looks like a fun addition to Pokémon Scarlet and Violet.