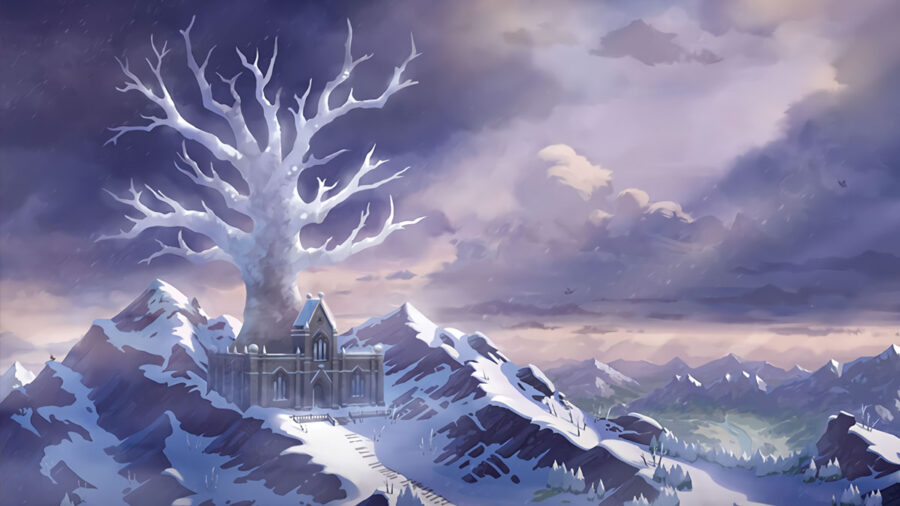 With Pokemon: Sword and Shield The Crown Tundra coming out on October 22nd, it looks like many details about the game have been revealed. One of the big questions was what are the new Legendary Pokemon you can grab going to be? Well, those details have finally become available, and you will hopefully be impressed by the brand new Pokemon that you will be able to gather in the DLC. While full details aren't available, we do have enough information that should get you hyped up for the release!

The Legendary Pokemon you can expect in Crown Tundra are Calyrex, Glastrier, and Spectrier. The latter two are both horse Pokemon, with Specrtier being a Swift Horse and Glastrier being a Wild Horse. It appears that Spectrier is a Ghost-type, and Glastrier is an Ice-type. Both will be pretty powerful, so you will want to add them to your team as soon as you can!

If you're curious about Glastrier, here are the description for it based on the version of game you have!

Here are the descriptions for Spectrier based on the version of Pokemon Sword and Shield you have!

Glastrier's ability is called Chilling Neigh, and if Glastrier knocks out a Pokemon, it will let out a neigh, which will boost its Attack stat. Here's the leaked description:

When the Pokémon knocks out a target, it utters a chilling neigh, which boosts its Attack stat.

Spectrier's ability on the other hand is quite similar! It is called Grim Neigh, and if it knocks out a Pokemon, it will also let out a neigh, but will gain Special Attack instead of Physical Attack. Here's the leaked description:

When the Pokémon knocks out a target, it utters a terrifying neigh, which boosts its Sp. Atk stat.

As for Calyrex, it is a pretty interesting Pokemon. It has been revealed before, but some additional details are now available for it. The ability it will get is Unnerve, which is a fairly common ability that many other Pokemon have. It makes the opposing Pokemon nervous and unable to eat Berries. As for in-game descriptions, here's what is said about it:

Calyrex has the ability to merge with both Glastrier or Spectrier. Once that happens, it will turn into a new Pokemon depending on which you merged with. One is Calyrex (Ice Rider) and the other is Calyrex (Shadow Rider). Once you merge the two, you will get two abilities, you will get the horse's ability as well as Unnerve from Calyrex.

Here are the descriptions for Calyrex (Ice Rider):

Here are the descriptions for Calyrex (Shadow Rider):

There's going to be a lot of choices ahead for you, so all Pokemon fans should be getting excited for the DLC release on October 22nd, 2020!