Galarian Slowpoke and Slowbro are the latest regional forms added to Pokémon Sword and Shield, as part of the recent Isle of Armor expansion. You’ll have no trouble catching yourself a Slowpoke – they’re all over the island – but obtaining its evolved form requires a little more work. Here’s how to evolve Galarian Slowpoke! 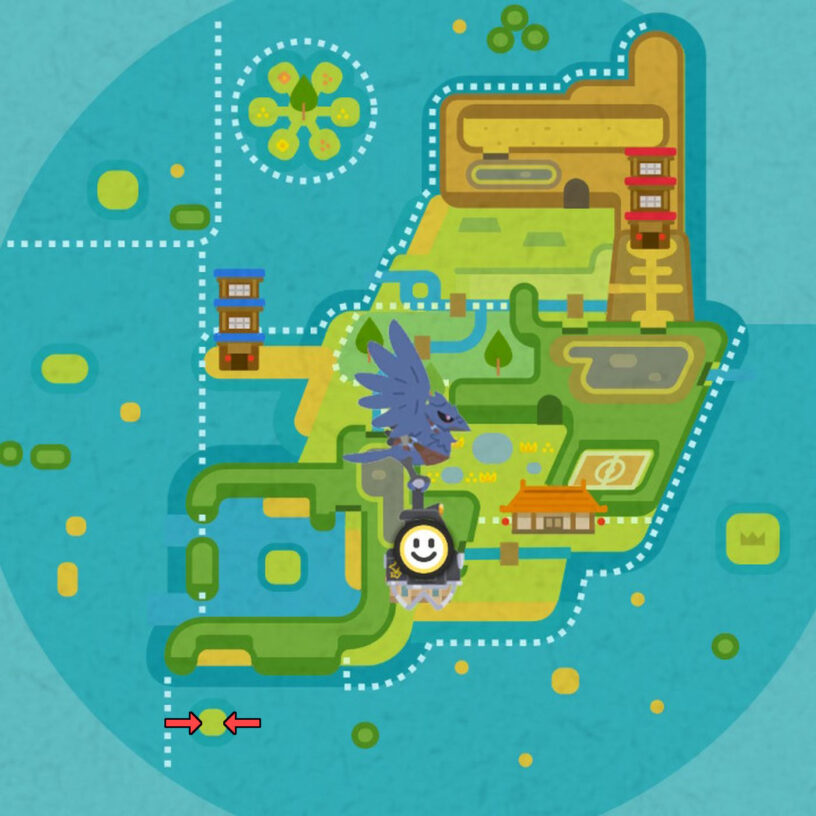 While Kantonian Slowpoke is able to evolve into Slowbro by leveling up, its Galarian form requires the Galarica Cuff item, which needs to be specially crafted. For this you’ll need Galarica Twigs, which appear as glittering items under the various trees on the Isle of Armor. Check these spots as often as you can, as you’ll need 8 of these items to get a Galarica Cuff. Next, bring your twig collection to the tiny island to the south-west of the Isle of Armor (marked with red arrows on the map above), in the Workout Sea near where you first arrived on the Isle. The girl you’ll meet here will make you a Galarica Cuff out of the twigs you’ve collected. 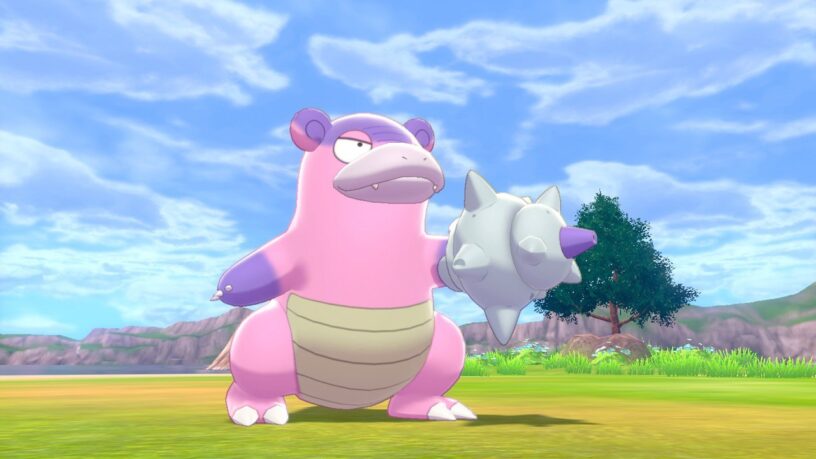 Use the Galarica Cuff on Slowpoke and it’ll immediately evolve into Slowbro, learning Galarian Slowbro’s signature move Shell Side Arm in the process. This is an especially useful Poison-type attack, having unusually high damage for a Poison-type move as well as the ability to poison the enemy. Not only this, it’ll turn into a physical or special move depending on which one will cause more damage. It’s the only available move with this property so far, letting you benefit from Galarian Slowbro’s evenly matched Attack and Special Attack stats. Unfortunately, it’ll still be another while before you can evolve a Galarian Slowpoke into a Slowking – the items needed for this evolution won’t be available until the Crown Tundra expansion releases later this year. If you’re looking for Kantonian Slowpoke, Slowbro, and Slowking instead, you can get yourself a classic Slowpoke from the Diglett trainer on the Isle of Armor after you’ve rescued a few of his Diglett.

Isle of Armor: How to Evolve Slowpoke (Galarian Slowbro Guide)