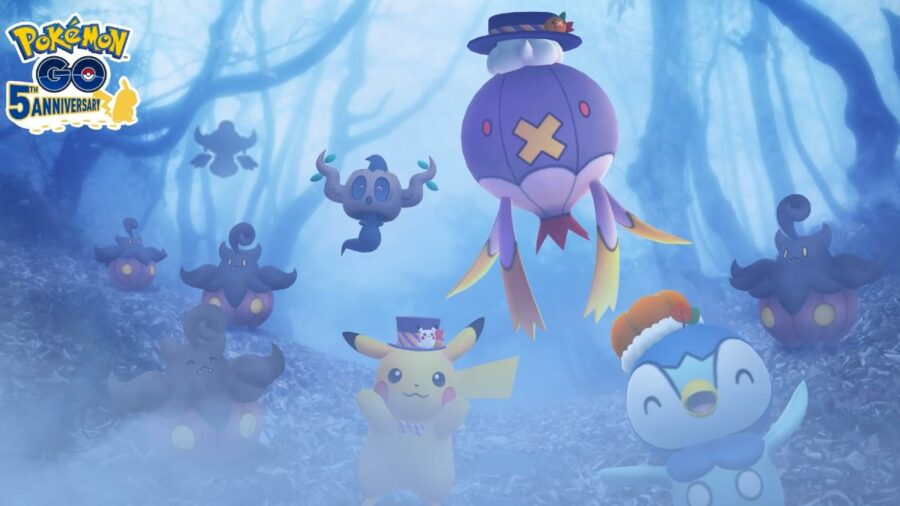 Halloween is coming to Pokémon go this year in a big way, so much so that they have separated the Halloween event into two parts, each bringing entirely new or different content to the game. There will be Pokémon debuts, new mechanics, raid bosses, and plenty of other exciting content for us to explore during the two-week event.

Some major changes are coming to the game during the event that doesn't fit in with the lists below. Here are the biggest changes we will see.

This event will bring in some new themed costumes for a few Pokémon and new avatar items and stickers in the shop. So far, the following items have been revealed to be available during the event timeframe.

Some different Pokémon will show up in Raids will be available during each part of the event. Here is the list of Pokémon we will see.

Many Pokémon will appear more often in the wild that match the Halloween theme, and some have never been in the game before. Here is the entire list coming to the game during the event. Bolded Pokémon are making their debut.

Different Pokémon will hatch from 7km eggs during the event. Here is the entire list.

Halloween-themed Pokémon will show upon completion of Field Research Tasks during the event. Here is the list of encounters you might have.

That's everything to expect in the upcoming event!

Check out our Pokémon Go Homepage to see all the latest news, guides, and content for Pokémon Go!