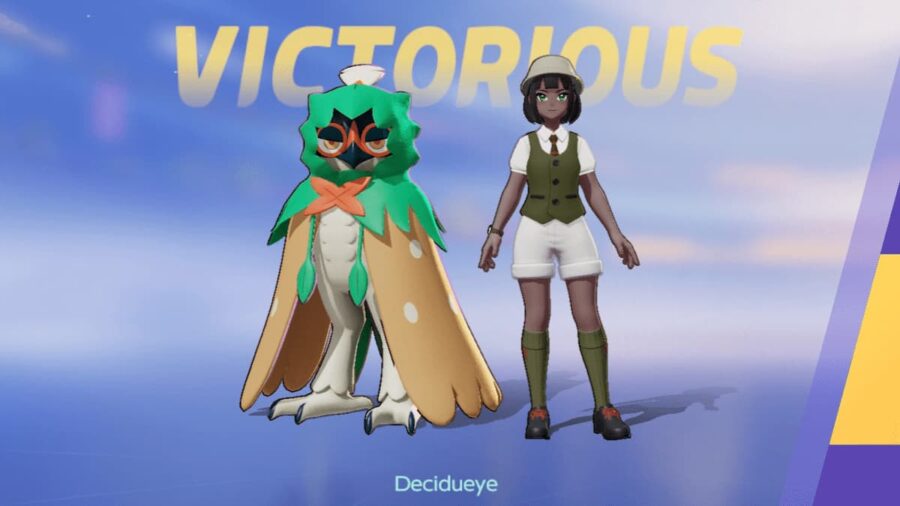 The Grass and Ghost-type Pokémon, Decidueye, has joined the Ranged Attacker roster in Pokémon UNITE. Decidueye evolves from Dartrix, who evolves from Rowlet, and has multiple abilities that assist in slowing down enemy Pokémon.

Decidueye's main role in this build is to attack opposing Pokémon from a distance, while assisting teammates. The best Lane would be the Jungle, but if a teammate has already called dibs on it, then any other Lane will do.

Use Decidueye's Shadow Sneak move to attack while fleeing from enemies, as it will decrease their speed and defense. It's an awesome move to assist and protect teammates while they're heading toward the goal for a big score.

Focus Band assists with those intense fights against strong enemy Pokémon and Muscle Band deals crazy damage, leaving little room to improve or increase this already powerful build. Players can switch up the build with Decidueye's move Razor Claw instead of Spirit Shackle, which will increase Decidueye's attack and basic attack speed and allow the Pokémon to target multiple enemies.

A new season has begun in UNITE! Be sure to check out our list of All Pokémon UNITE Season Three Battle Pass Rewards.

When does Trevenant Release in Pokémon UNITE?