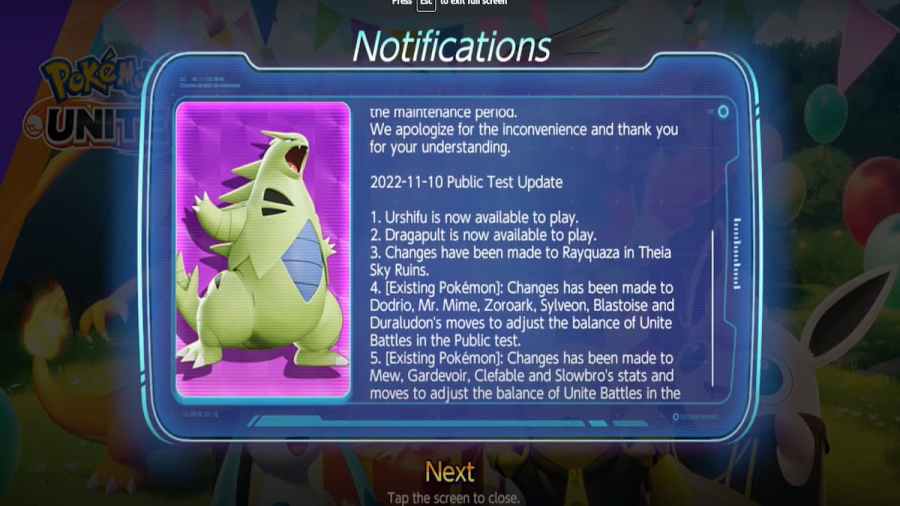 The roster for Pokémon Unite looks like it will just keep on growing. Based on a new leak from a reputable source, Urshifu and Dragapult should come to the Pokémon MOBA. These were two of the strongest Pokémon in Sword and Shield, so it stands to reason that they would also be powerhouses in Pokémon Unite.

The leak comes from El Chico Eevee, the primary data miner since Pokémon Unite's inception. He has found early leaked gameplay of everything from Decidueye to Aegislash to just about every other Pokémon added in 2022.

According to the tweet, Urshifu and Dragapult should be available in the Play Test Server for Pokémon Unite as early as Nov 10th. Urshifu may also have the two forms that it did in the Isle of Armor DLC: Rapid Strike and Single Strike.

The tweet also claims there may be changes coming to Rayquaza on Theia Sky Ruins. Defeating Rayquaza gives the winning team a shield as well as a quicker score speed. Any changes with this mechanic would most likely have a huge impact on how the game is played.

Urshifu and Dragapult might be coming to Pokémon Unite