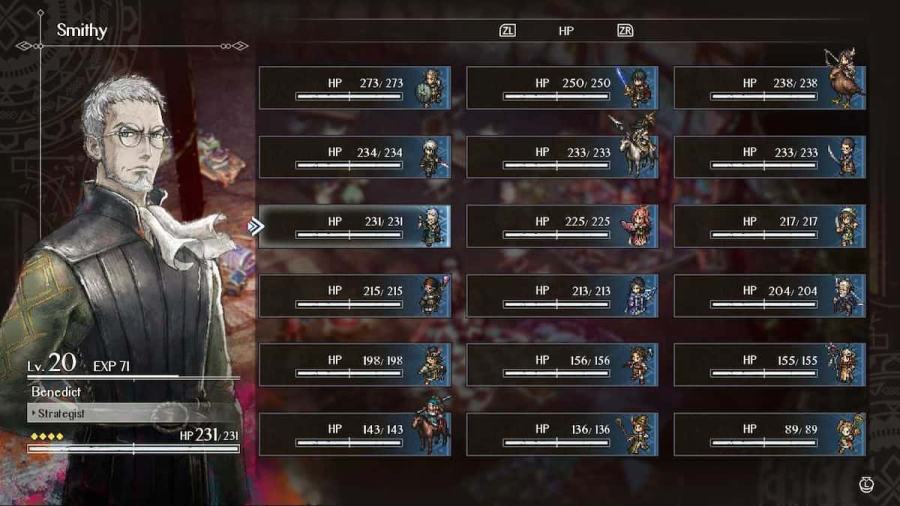 Units in Triangle Strategy are built differently. Each of them have unique skills, terrain advantages, and a variety of uses, depending on the situation. Some units work better with others. Others are great for farming coin or items but shouldn’t be taken to main-stage battles.

In this guide, we’ll teach you how to use Benedict Pascal, House Wolffort’s adviser.

Benedict is your army’s buffer. He can boost a unit’s attack, defense, and movement for up to two turns (three in later upgrades). However, this tactician’s greatest use is his Now…! skill, which lets one of your units within range act directly after him. It’s good for double attacks or double heals.

Later on, Benedict will learn Twofold Turn, which will let a unit act twice on their next turn. Anna, who can attack twice per turn, for example, can be prompted to do four follow-up attacks, provided that she’s positioned correctly.

Related: How to use Anna Pascal – Triangle Strategy Unit Guide

Benedict’s one flaw is that his skills cost a lot of TPs, so never use them unless it’s necessary. Personally, we like to make sure he always has at least three TPs so that he can use Now…! during emergencies.

Prioritize upgrading Benedict’s HP, physical defense, and magic defense. He’s irreplaceable, so you need to keep him alive. Similarly, you may want to consider an HP or Defense Ring/Amulet for his accessories. You can also help him move faster with a Speed Ring.

You don’t have to promote him immediately, but do it as soon as you’re comfortable for the extra TP (he can stack up to four at Veteran and five at Elite).

How to use Benedict Pascal – Triangle Strategy Unit Guide