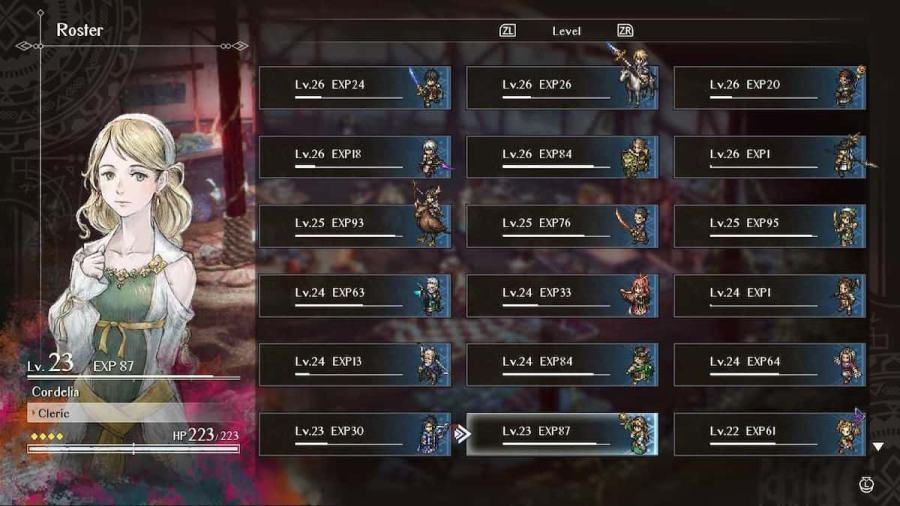 Units in Triangle Strategy are built differently. Each of them have unique skills, terrain advantages, and a variety of uses depending on the situation. Some units work better with others. Others are great for farming coin or items but shouldn’t be taken to main stage battles.

In this guide, we’ll teach you how to use Cordelia, the princess of Glenbrook.

Cordelia’s heals are bigger than Geela’s, and she heals further than her. Her only catch isthat each of her heals cost two to three TPs each, making them costly... or so you think. As an offset to the cost, however, Cordelia gain an extra TP for every turn where she doesn’t move from the tile that she’s on.

Overall, she’s best used on small maps or maps where your strategy is to not move your units far from her location. She even has a passive skill that lets adjacent allies regain a little HP at the start of her turn.

Related: Best characters to use in Triangle Strategy

Later on, she will get a skill called Self-Sacrifice that lets her heal units at the cost of her HP. It’s an amazing skill to use in a pinch—just make sure that she’s out of enemy range.

Here’s a sample turn cycle you can use with Cordelia:

For accessories, it’s best to put her on Speed ones. The faster she is, the more turns she’ll have.

Prioritize weapon potency and HP for Cordelia. You want her heals to be big and her to be alive for as long as possible. We highly recommend unlocking Weapon Rank three as soon as you can as well, as it has an upgrade that increases her target range by one tile.

We can’t emphasize how useful Self-sacrifice is to her very TP costly kit. Promote her to Elite as soon as you can.

How to use Cordelia Glenbrook – Triangle Strategy Unit Guide