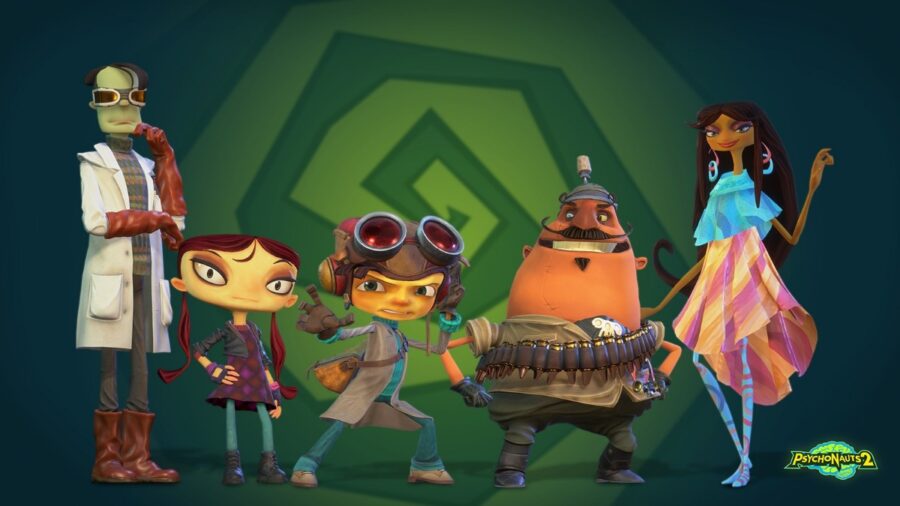 Few games are as goofy or outlandish as Psychonauts 2. Raz is back in this fantastic follow-up to 2005's Psychonauts. With so many abilities and tricks up Raz's sleeve, the only thing dictating how players tackle a situation is their preference. Preference and their dedication to grabbing achievements using these powers.

To unlock the TK-0 Achievement, players will have to stun an enemy by throwing an object at them. Players can use the Telekinesis ability to grab objects from the environment to toss at adversaries. Make sure to hold the input button to keep holding an item, and let go of the button to unleash an attack.

Related: What Platforms is Psychonauts 2 on?

Telekinesis will be marked by a hand on the Hotbar at the bottom of the screen. Initially, this ability is mapped to the right trigger on consoles. Still, players can alternate the quick input by selecting up on the d-pad and pressing the desired button while hovering over the ability in the powers menu.

Because the Telekinesis ability is unlocked as soon as the game begins, players can grab this achievement when they confront their first baddie. It doesn't matter what type of item players use, as the smaller enemies introduced at the beginning of the game are easily stunned.