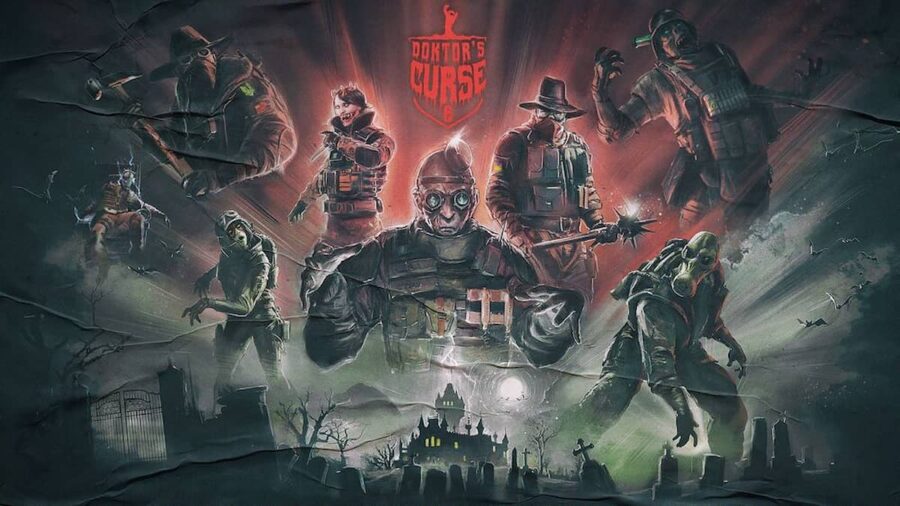 It's that time of the season again. Studios and developers alike will start releasing special, limited-time Halloween events that feature everything from new game modes to spooky cosmetics featuring your favorite characters. And in the case of one of Ubisoft's most popular titles, Rainbow Six Siege is no different.

The Rainbow Six Siege official Twitter account posted a new announcment regarding the Halloween event this year. The event will run from October 12 to November 2. This is about three weeks of new content for players.

After some rumored speculation and a great deal of hopeful thinking from fans, Rainbow Six Siege teased a short, live-action teaser trailer announcing the return of its popular Halloween event, Doktor's Curse.

Long-time fans of the game will immediately recognize the event from its debut release in 2019. It originally ran from October 23 to November 6. In addition, this date range could be a good indicator for the upcoming event as well. The trailer implies that it will be a "revamp" of the original.

The original event featured a new game mode called "Hide and Seek." One team would play as the Hunters and the other would play as the Monsters. Hunters would only be able to use Sledge's iconic sledgehammer and special tracking abilities to find and eliminate the Monsters. On the other hand, the Monsters have no weapons and are forced to use traps, stealth abilities, and reinforcements to survive until the round ends. At this point, there is no new information on whether this mode will return or if players can expect something new.

In addition to the new mode, there was also a large selection of new weapon skins and unique operator outfits, all of which players can expect to see again during this seasonal event.