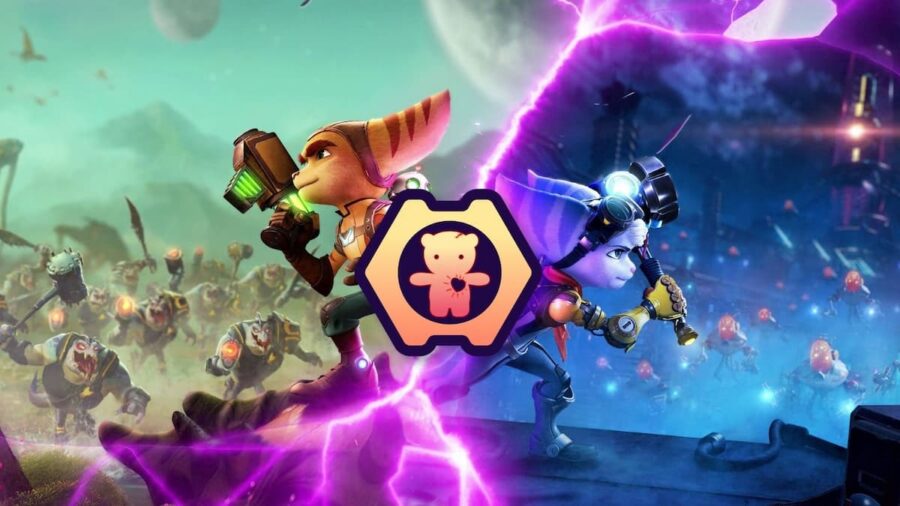 There are a total of nine adorable bear plushies, called CraiggerBears, floating throughout Ratchet & Clank: Rift Apart. Each one is hidden on a different planet within the game. Don't worry if the bear's colors don't match in the same order, it is random. We'll cover all of the individual locations and where exactly to spot them.

This little bear is on one of the market stalls, near the nightclub. He'll be on the stall with the round red robot. He's sitting at the front of the stall, beside a mint green radiator.

The bear on Sargasso is in a fairly easy to locate spot within Rivet's hideout. This little teddy will be seated in the center of the black and violet couch.

This bear can be found on a box next to the person that greets the player before they enter Zurkie's bar.

Players can find this bear in the Urfdah Mesa, after dealing with the Rock Temple. This bear will stand out against the pots in the timed obstacle course. He'll be on the platform before players go through the second gate.

Players can find this teddy in the early part of the map, just after meeting the mysterious stranger. This little guy will be sat on the junk sitting on the far right side of the room with the pink floating crystal, near the exit.

This bear can be found in the gap between the village in Molonoth Gultch. It'll be sitting in front of a tv screen on a stall near Ms. Zurkon.

Players can find this bear chilling in a pile of snow on the surface of the planet. He'll be in the area players slide down into before taking the lift down.

This bear awaits the player near its horde of treasure. Players can find this bear after completing the Pirate Trails. As the player enters the room, the pirate will confirm that "ye survived."

The last bear is being held captive in the prison cell area of Viceron. Once the player has opened the cells, the bear awaits them on the bench, in the room to the far right. Once players have collected this last bear, they will receive the Unbearably Awesome trophy.

All Bear Locations in Ratchet and Clank: Rift Apart