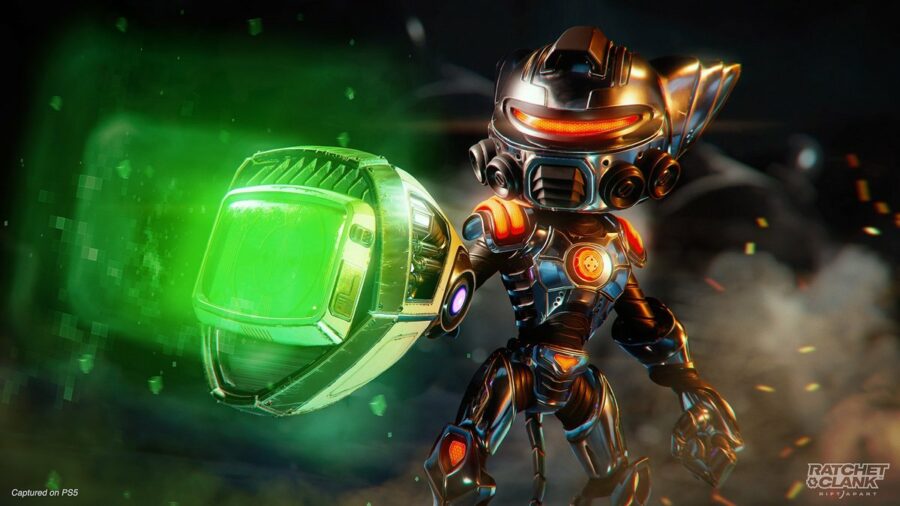 One of the drawing features of Ratchet & Clank is the weapons at players' disposal. Some are powerful, others are flashy, and some are a bit of both. If you're looking for a weapon with power and flair to match, look no farther than the Pixelizer. This short-ranged weapon will transform any enemy into a pixel version of themselves, shredding their health in the process.

Unlike other weapons in Ratchet & Clank: Rift Apart, the Pixelizer is a weapon that isn't easily unlocked. There are only two ways to secure this nostalgic weapon.

Related: Is the Ratchet & Clank: Rift Apart Deluxe Edition worth it?

Option 1: If you were able to preorder Ratchet & Clank: Rift Apart, you'd be able to secure this weapon immediately by redeeming your preorder bonus. Those who bought physical copies can find an insert in their cases with a code that entitles them to this weapon, along with an early unlock of the Carbonox Armor. Digital owners will have additional content downloaded alongside their game.

Option 2: For those who missed out on the Launch Edition of Ratchet & Clank: Rift Apart. There's still hope to grab this weapon, it'll just be a longer process. To grab this weapon without an early unlock token, you'll need to unlock Challenge Mode and purchase it from Mrs. Zurkon there. The purchase won't break the bank, as it'll run players a single bolt.

For more on Ratchet & Clank: Rift Apart: check out How To Get High Zurpstones With Trudi or How to Unlock the Bouncer.

Ratchet & Clank: Rift Apart – How To Unlock the Pixelizer