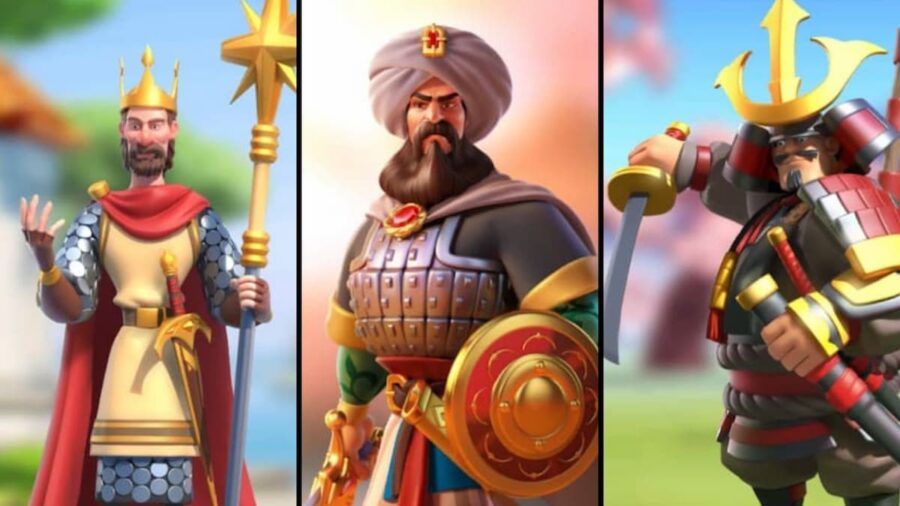 Within the mobile civilization strategy game, Rise of Kingdoms, players have several different options to choose from when deciding on a civilization to lead. At the very beginning of the game, players get to choose between 12 different civilizations. This includes Rome, Germany, Britain, France, Vikings, China, Japan, Korea, Spain, Arabia, Ottoman Empire, and Byzantium. Each civilization has three boons and a special unit within its forces.

Choose to play as Boudica, the leader of Britai,n to gain some nice boons that will help players throughout the majority of the game. These boons boost things like archer's attacks, troop training speed, and garrison capacity. On top of this, Britain will grant the player's Longbowman as their starting special unit.

Related: All the Rise of Moscow Campaign levels and unlockable content in Age of Empires IV

Join Arabia in order to play as Baibars and gain three very good boons very early to mid-game dynamics. These are especially good for players who are more interested in warfare as their form of rising above the other types of civilizations. This is due to their boons in cavalry attacks, damage against neutrals, and damage dealt by rallied armies. On top of this, their special unit is a type of cavalry called Mamluk.

Players wanting another great choice for a warfare-based civilization should pick Japan. This is due to their boons that increase their troop attacks, scout marching speed, and resource gathering speed. It will make them efficient in marching their way through areas to claim quickly and enable them to do more with the time that they have. The special unit they start with is Samurai.

This is the last of the great options for a militaristic take-over strategy in the Rise of Kingdoms. There are several boons to help in this endeavor including boosts in cavalry attack, troop speed, and action point recovery. This will help them move and take over very quickly without being easily caught up to. In helping their speed, they start with the special unit Teutonic Knight, another cavalry unit.

Best Civilizations to choose in Rise of Kingdoms